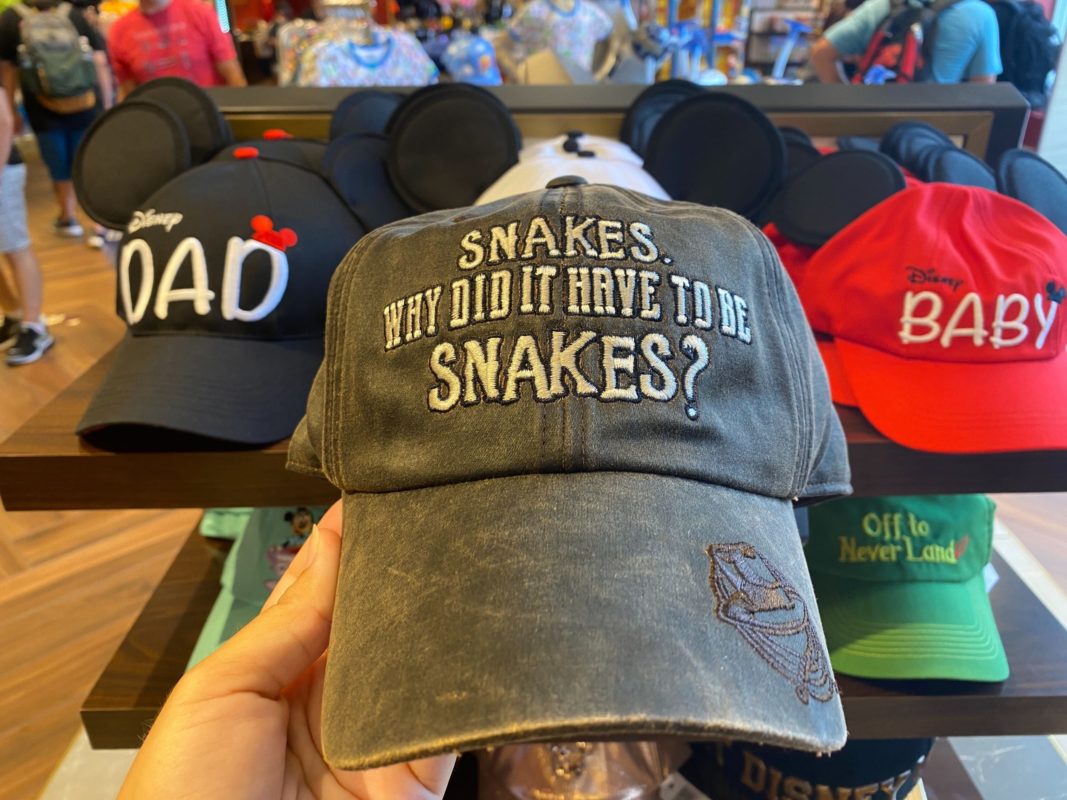 When you’ve been trapped in ancient tombs, rode in a runaway mine cart, and faced supernatural forces, you’re likely not afraid of much. But Indiana Jones is still terrified by one thing: snakes.

A new baseball cap has arrived at Walt Disney World, featuring the classic line from Raiders of the Lost Ark: “Snakes. Why did it have to be snakes?”

Dr. Jones’ trademark fedora and whip are embroidered on one side of the brim

The material resembles a fake leather fabric, almost like suede.

The cap retails for $27.99. It may belong in a museum, but we found this in Mickey’s of Hollywood at Disney’s Hollywood Studios.

Are you ready to raid the shops for this baseball cap, or do you prefer your adventures in puzzle form? Sound off in the comments!

3 thoughts on “PHOTOS: New Indiana Jones “Why Did It Have To Be Snakes?” Baseball Cap Slithers into Walt Disney World”