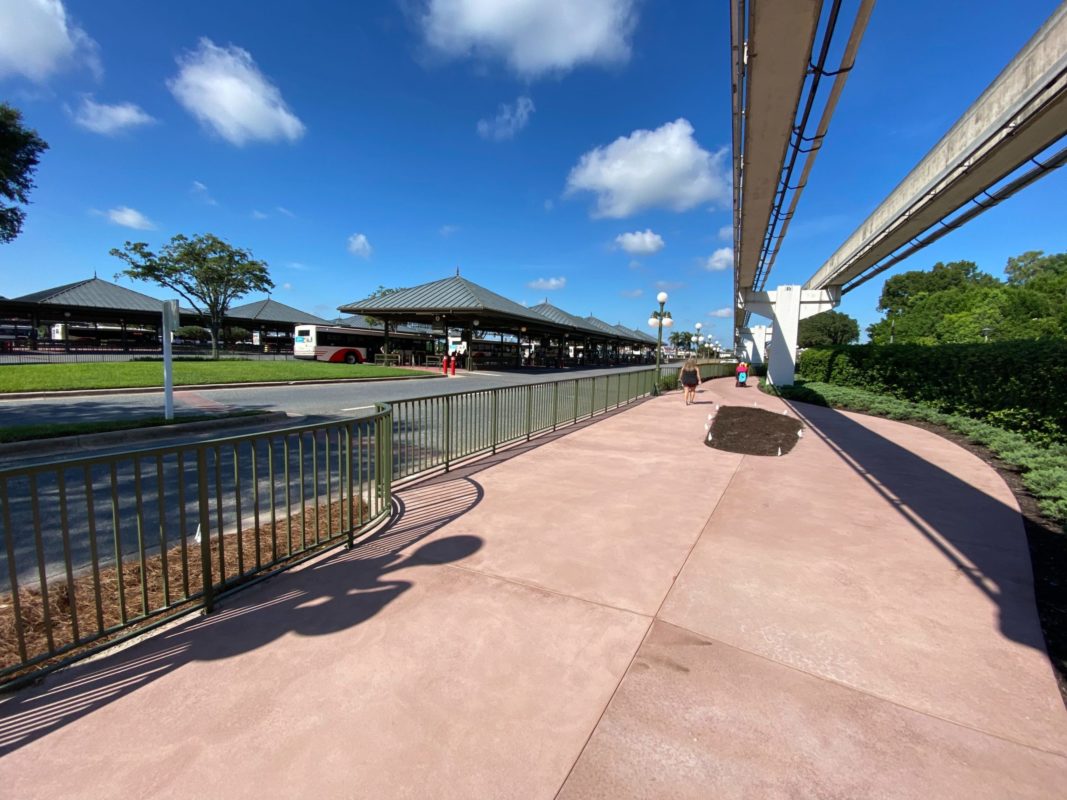 The walkway between Disney’s Contemporary Resort and the Magic Kingdom is nearly complete, with railings now installed along the path, and some landscaping recently added.

Railings have been added to the walkway near the bus loop, completing the area’s refurbishment.

The mostly-finished pathway opened back in July as the Magic Kingdom reopened to the public.

This dirt spot that bisects the path has white flags in it, suggesting that plants may eventually grow there.

The dark green color of the railing blends perfectly with the foliage on the other side, which has grown in quite a bit since we last visited.

Perfectly manicured plants and a monorail track overhead definitely remind you that you’re at The Most Magical Place on Earth.

The whole area has been beautified, creating a welcoming environment as guests prepare to enter or depart the Magic Kingdom.

PHOTOS: New Indiana Jones “Why Did It Have To Be Snakes?” Baseball Cap Slithers into Walt Disney World