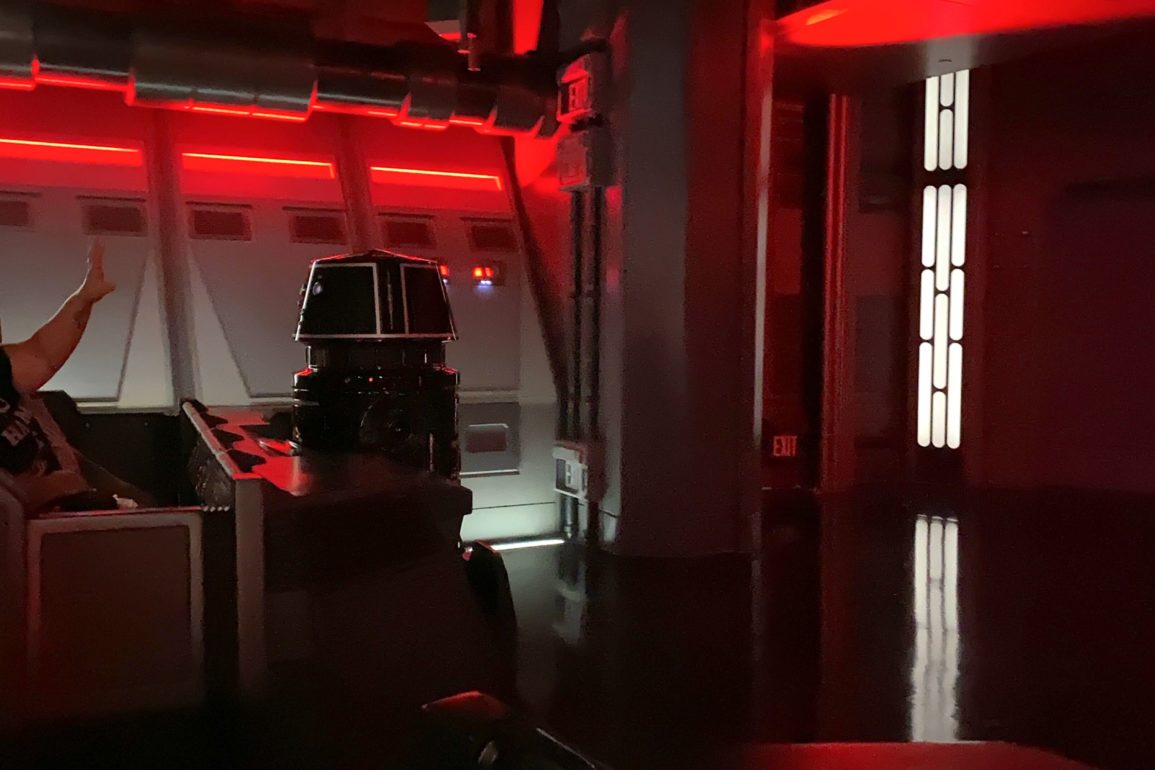 Despite being lauded as Disney’s Hollywood Studios’ most ambitious attraction, Star Wars: Rise of the Resistance is known for experiencing “unexpected downtime” frequently, leaving guests frustrated. Now, it seems that even when the attraction is functioning, there is a major show element that is broken: the R5 droid unit that sits at the front of each ride vehicle.

While taking a ride on Rise of the Resistance this morning, we noticed that several R5 droids were stuck in the “up” position. Instead of having a droid that moved up and down and “interacted” with guests during the ride, it seems the droid is now stuck in an up position.

We can see in the photos above the exact issue happening, with a R5 droid stuck “standing” up through the end scene of the ride.

Another issue that we spotted was the “eye color” of the droids, which as you can see in the image above, is green. The colors of the R5 unit eyes should be a glowing red. Some of these broken R5 units have no light emitting from their eyes at all.

One way that Disney has decided to go about fixing the issue is by assigning guests the colors that correspond with the back row of the ride vehicle as opposed to the front, so that their view of the attraction isn’t obstructed. (However, as you can see in some of these images, guests often scramble to whichever row upon being rescued by the Resistance.)

This problem has persisted for a few days now, as we first noticed the issue happening during one of our daily YouTube livestreams earlier this week. You can view our very own “stuck” R5 in that ride-through, linked below at the start of the loading process:

Rise of the Resistance is arguably the most popular attraction at Disney’s Hollywood Studios, and we hope that Disney takes the initiative to fix these R5 droids soon.