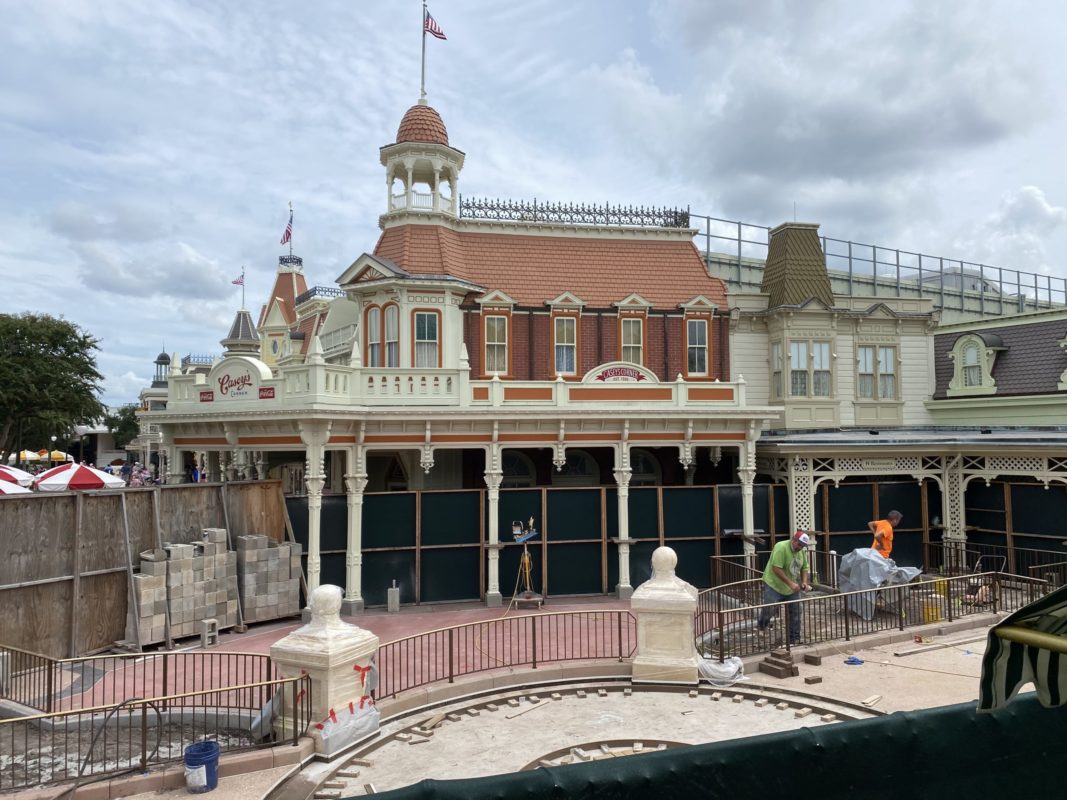 Work continues adjacent to Casey’s Corner at the Magic Kingdom, where a widened pathway and seating expansion are underway as part of 50th anniversary preparations at the park.

We recently took a look at construction in the area, with some areas now finished, and new columns and fencing up throughout. You’ll notice that the exterior seating adjacent to Casey’s Corner has been expanded somewhat to allow for more seating and spacing between tables. Typically, this area was prone to lots of congestion during peak dining times, as well as during storms or park close.

The pathway that leads to First Aid and the Baby Care Center has been slightly widened. This walkway actually mirrors the east guest bypass that leads up to Tomorrowland, and may be used to allow people to exit the park en masse without having to cram everyone into Main Street, U.S.A. during peak times and holidays after parades, fireworks spectaculars, and more.

These improvements are similar to the ones underway at Disneyland Park for Project Stardust, meant to alleviate guest traffic flow in preparation for the 50th anniversary of Walt Disney World, which is still expected to bring in large crowds despite the effects of COVID-19 on tourism.

Casey’s Corner remains closed at this time, despite preparations for a reopening already underway inside the popular hot dog joint. Similarly, there is no listed end date for work on this bypass. Are you looking forward to expanded outdoor seating and new walkways in this area? Let us know in the comments.