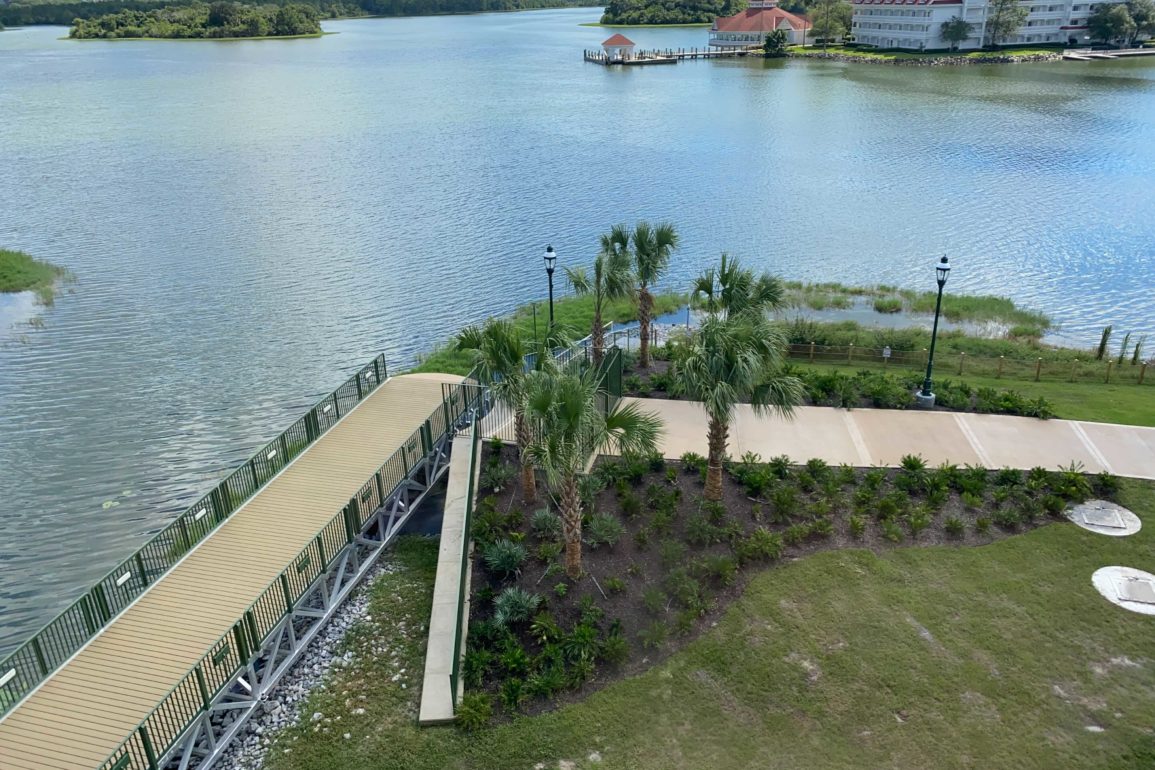 Construction on the bridge and walkway connecting Disney’s Grand Floridian Resort & Spa to the Magic Kingdom has been ongoing for what feels like forever. For the past few months, construction on the walkway had almost reached a standstill, with the path poised to open soon. Finally, lampposts have been installed on the Grand Floridian side of the bridge, the last major development needed for the path to open.

The lampposts at Disney’s Grand Floridian Resort & Spa are an old-fashioned, turn-of-the-century style.

The lampposts on this side of the bridge predictably match those at the resort.

There’s also fencing along the walkway to prevent guests from getting too close to the water.

Lampposts have been installed leading all the way up to the swing-arm bridge.

The lampposts on the Magic Kingdom side of the bridge are a little different.

These have globe-shaped lamps on top.

The open stretches of grass have been cleaned up some with construction reaching an end.

One large dirt area remains at the end of an access road.

Scrims have been removed from around this area, and the dirt has been leveled out. Some construction vehicles remain.

There are more construction vehicles and some stretches of dirt further up the path, near Magic Kingdom.

The ramp intended to connect the walkway to the Monorail station until construction on Magic Kingdom’s docks was complete has been removed. This suggests the dock may be completed before the walkway opens.

Regardless, this walkway is one step closer to opening and we can’t wait to take a stroll between the Magic Kingdom and Disney’s Grand Floridian Resort & Spa. Are you excited to be able to walk this way? Let us know in the comments.