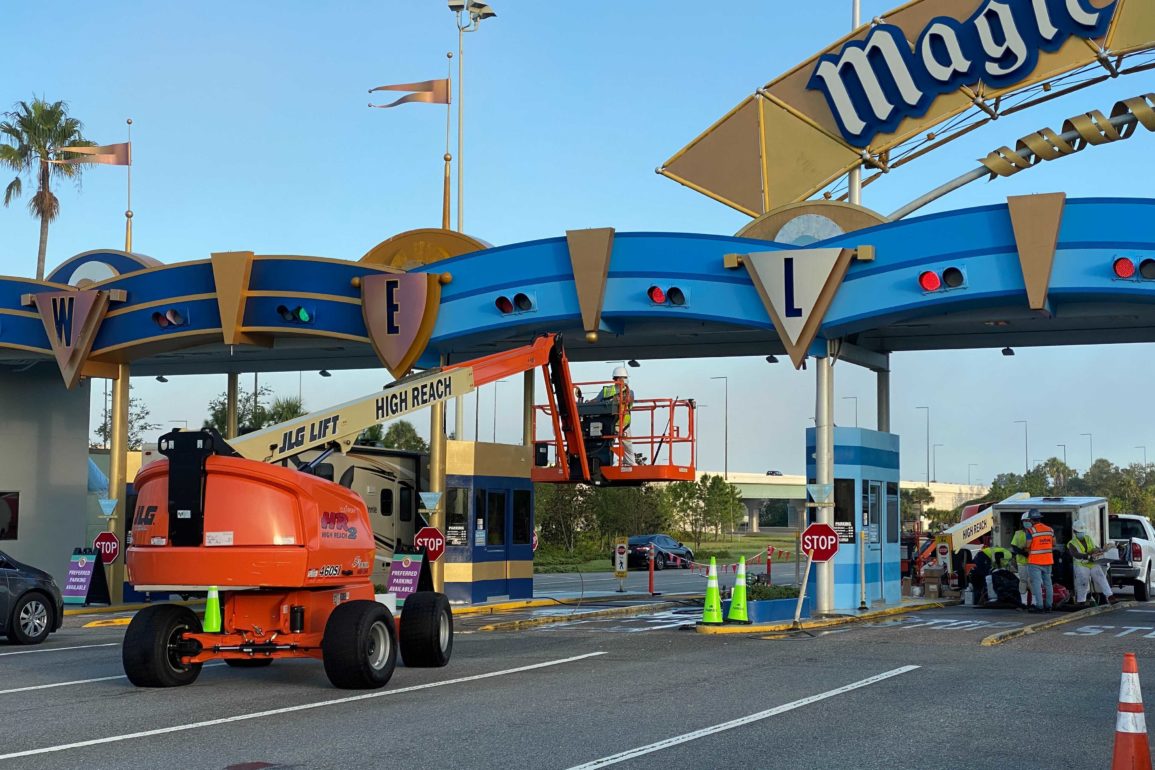 A new section of lanes has been closed amidst the refurbishment of Magic Kingdom’s toll plaza for the park’s 50th anniversary next year. Three lanes will be closed at a time during the eight-week refurbishment and we are now entering week three.

Painting began on the left side of the toll plaza, with those first few lanes blocked off. Now work is moving towards the center of the plaza, with the three lanes under the “E” and “L” in “Welcome” closed.

With the lanes under “W” open again, that section of the plaza is more than likely finished, giving us a good idea of what the reimagining will look like when complete.

There’s an obvious difference between the old light blues and the new royal blue, not to mention the refreshed gold and addition of rose gold.

The domed piece above the “W” has been painted dark blue, while the piece above the “E” remains gold. It’s unclear if this is how those will stay, with the colors alternating across the plaza.

A faint rose gold is visible on the letters and the flags above. Painting hasn’t yet begun on the section between “E” and “C.”

A worker on a high reach was cleaning the underside of the plaza this morning.

The first two toll booths have also been repainted. There’s a drastic difference between the new royal blue and gold coloring and the old blues still visible on most of the booths.

Are you excited to see the finished Magic Kingdom toll plaza at the end of this year? Let us know what you think in the comments.