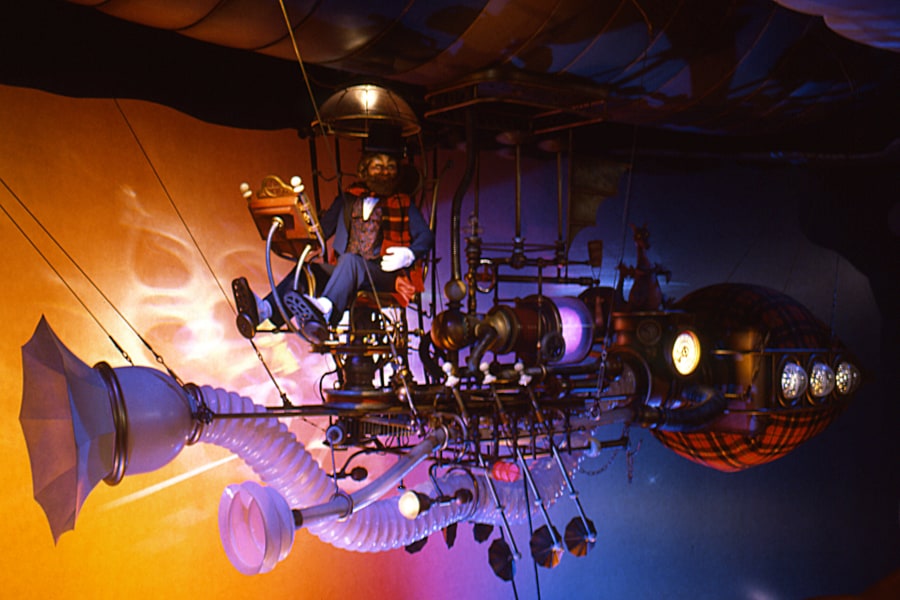 Disney Legend and Walt Disney Imagineer Tony Baxter is back at it, reiterating his support for a long-overdue re-do of the Journey into Imagination with Figment attraction at EPCOT—and not only that, his idea bag is full… with the possibility of a full-length animated film featuring Figment.

According to journalist Brooke Geiger McDonald, Baxter brought up the ride redesign tonight during a virtual VIP reception held by Walt Disney Birthplace in celebration of Walt’s birthday:

I would give anything to be called upon to rethink that and get back to the story that every human being does. There aren’t creative people and non-creative people. Everybody uses it. It’s just to what extent and I think that that was a really valuable story to tell. It is certainly not told in there now, and I would love to see it get back.

The original Journey Into Imagination attraction at Epcot, which opened on March 5, 1983 was so complex that it was delayed 5 months from opening with the rest of the park in October of 1982, but when it did open, it was an immediate hit with guests and a much needed diversion for those with children in a park that lacked Disney characters at the time.

Dreamfinder and Figment were an integral part of EPCOT Center until their attraction was closed in October of 1998 when corporate sponsor Kodak decided it was time to remove the aging attraction rather than update it.

The following attraction, Journey Into Your Imagination, opened in October 1999 during what would likely be considered the low point in the history of Walt Disney Imagineering and the Disney Parks. Baxter even referred to it as a “nightmare” during the virtual reception. Guest relations Cast Members at Walt Disney World were bombarded with complaints from guests of how bad the ride was and how they missed Figment and Dreamfinder dearly. The complaints were so numerous that the ride was closed less than 2 years later in the Fall of 2001 and Imagineers were tasked with fixing the ride on an extraordinarily limited budget.

In June 2002, Journey into Imagination with Figment opened to guests, which overjoyed to see Figment return home and to hear the classic “One Little Spark” theme reinstated. However, this always felt like a temporary fix until something better could be drawn up. That was the mid-2000s, it is now 2020. This ride is still open. In fact, it has just become the longest-running attraction to ever occupy the space, even outliving the original attraction.

Baxter has been called back on to work as a creative advisor for the “Princess and the Frog” overlay of Splash Mountain, and he seems eager to work on another overhaul. He even brought up the possibility of doing a film:

“Maybe we can even do a film. That would even be better. A full-length animated feature film starring Figment. Let’s do a kickstarter right now. ”

Back in early September, an episode of “One Day at Disney” showed an interesting project between StudioLAB and the Walt Disney Animation Studios, with sculptors working on various clay and digital maquettes of Figment.

Back in the 1980’s, a set of Figment educational cartoons which were planned and piloted, but never launched, so Baxter’s fantastical ideas may not be far out of reach.

Would you be interested in an overhaul of the current Journey into Imagination with Figment at EPCOT? With the company’s increased focus on streaming, I wouldn’t mind settling down for a Figment film on Disney+, either…