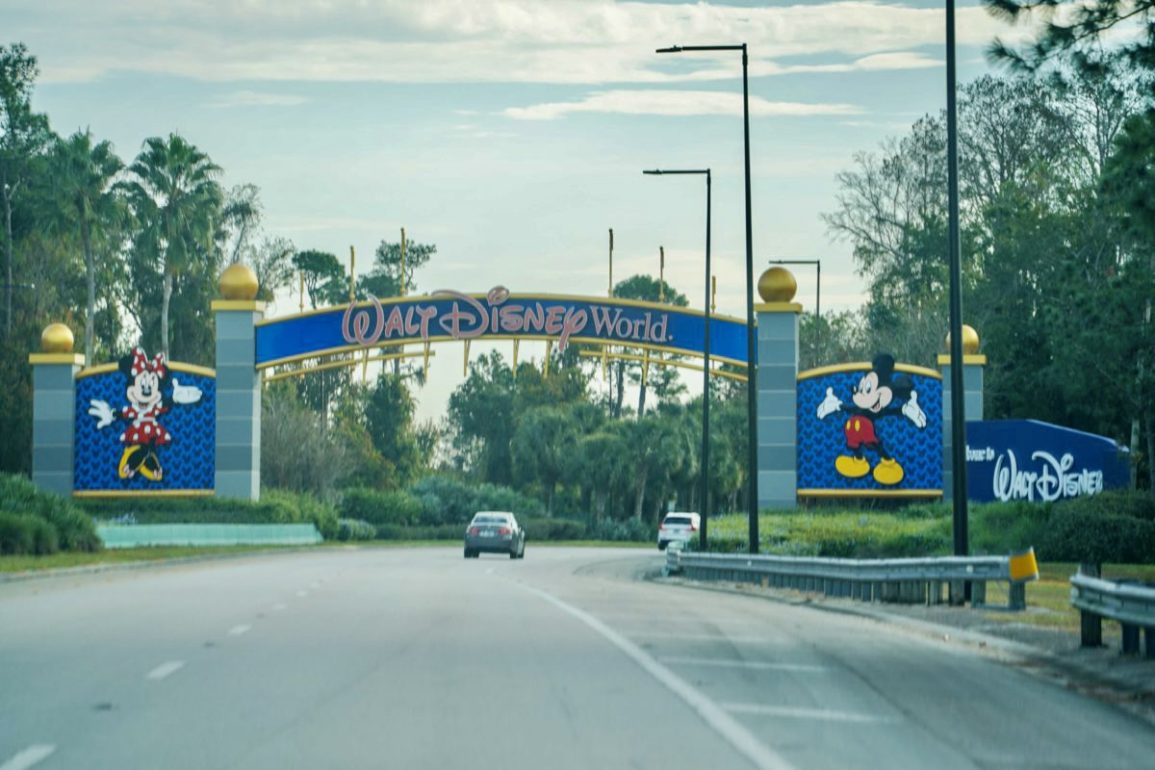 The first Walt Disney World entrance to be refurbished ahead of the resort’s 50th anniversary is the archway on Western Way. Except for a couple of details, it is now completely repainted.

The new coloring matches that on Cinderella Castle and the Magic Kingdom toll plaza.

The background color is now royal blue, with accents of gold. The pillars around Mickey and Minnie are grey.

All that remains to be done is to paint the “Walt Disney World” lettering white, install the painted flags, and install a new banner beneath the archway.

Below is concept art of approximately what all of the final entrance archways will look like.

Of the five Walt Disney World entrances, work has only begun on Western Way and Hotel Plaza Boulevard, which does not have an archway. Are you excited to see the final result? Let us know in the comments.

Next
PHOTOS: New Track Installation Continues During the Rivers of America Refurbishment at the Magic Kingdom