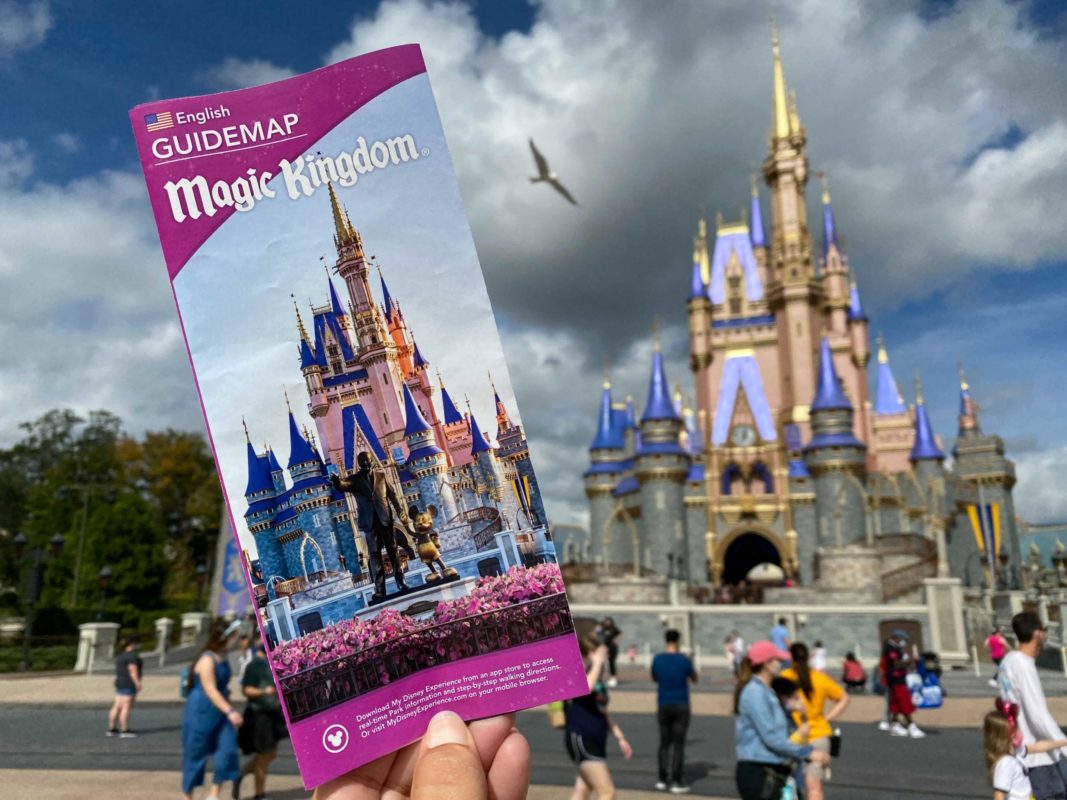 This map has the reimagined Cinderella Castle and the Partners Statue framed on the front.

On the full map, Sorcerers of the Magic Kingdom, which is now permanently closed, is no longer listed.

The Disney’s Grand Floridian Resort & Spa walkway is also pictured on the bottom of the map. TRON Lightcycle / Run is still listed as “Now Programming” near Space Mountain.

As with all the new guide maps, the back flap lists COVID-19 guidelines.