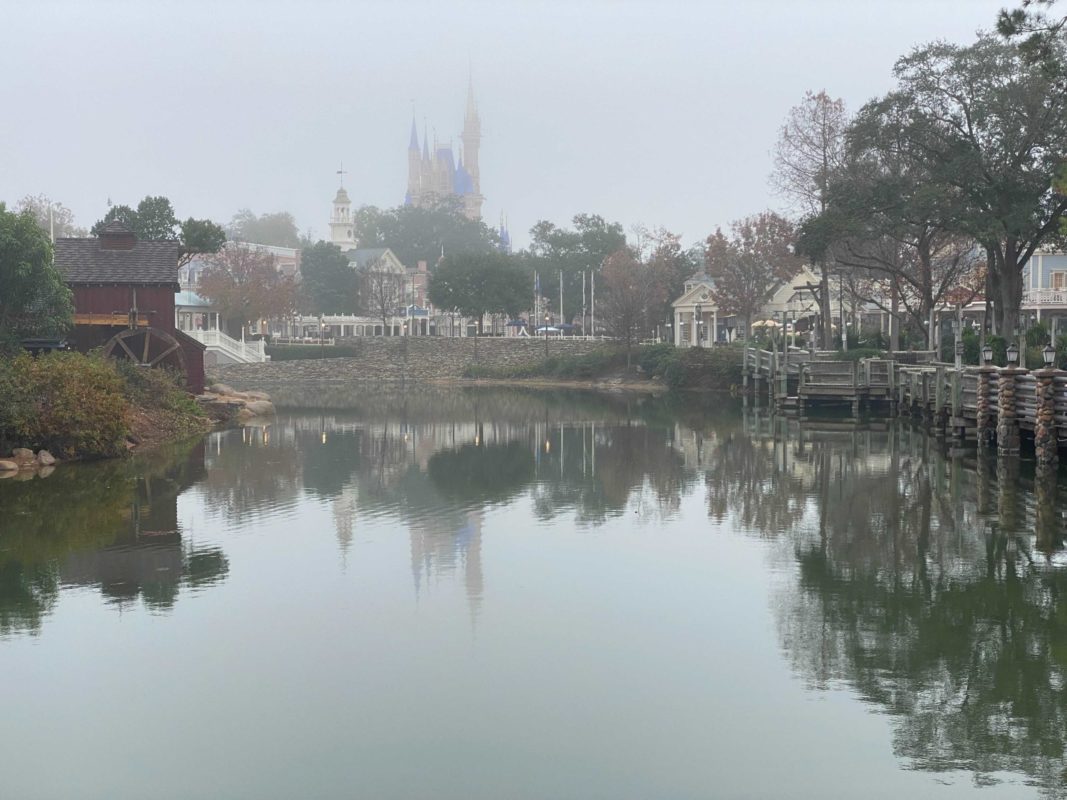 After five days, Rivers of America in Magic Kingdom is now completely refilled with water following a refurbishment of the Liberty Square Riverboat track.

Though it was hard to see in the foggy morning, the water spout past The Haunted Mansion was not running anymore.

Nearby, we saw one construction worker sitting at a dock.

Though the river is now refilled, both Liberty Square Riverboat and Tom Sawyer Island are scheduled to remain closed for refurbishments through February.

Harper’s Mill is where most refurbishment was focused prior to the river’s refilling.

Despite the fog, we could still see Cinderella Castle and its reflection in the water.

Other than the one construction worker, there have been no signs of refurbishment elsewhere on the island.

Instagram Influencer Sat On Guest's Feet To Get Cavalcade View, Then Boasted That She Had 20,000 Fol...February 8, 2022
‘Hoop-Dee-Doo Musical Revue’ Removes Trademark Buckets from Food Service, Replaced with Generic Skil...June 22, 2022
Disney Pauses All Theatrical Releases in Russia, Menus Set Up Ahead of 2022 EPCOT International Flow...February 28, 2022