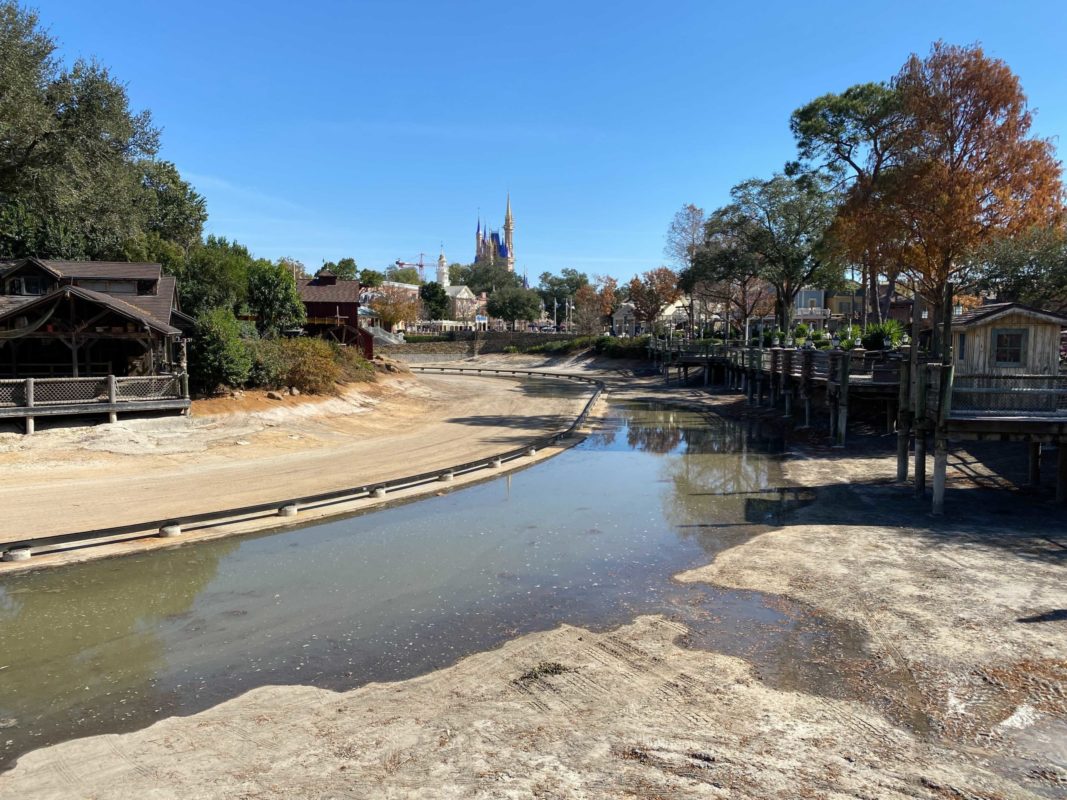 Though Tom Sawyer Island and the Liberty Square Riverboat will remain closed for refurbishment through February, The Rivers of America are now being refilled with water at Magic Kingdom.

When we were checking on Harper’s Mill earlier today, we saw some water pouring into the river just past The Haunted Mansion.

Though there wasn’t an immediate difference, we began to see a significant amount of water within a couple of hours of the park opening.

The water will take a while to reach every inch of the river. The area in front of Harper’s Mill was still mostly empty.

But as we continued to check in, more of a river formed.

Early during the closure, sections of the Liberty Square Riverboat track were replaced. This project has now been completed, so the river can be refilled.

By the afternoon, water had covered most of the ground of the river.

Are you excited to take a turn on the Liberty Square Riverboat again soon? Let us know in the comments.

BREAKING: Entertainment Will Return to Animal Kingdom with Celebration of ‘Festival of the Lion King’

3 thoughts on “PHOTOS: Rivers of America Being Refilled Following Refurbishment at Magic Kingdom”