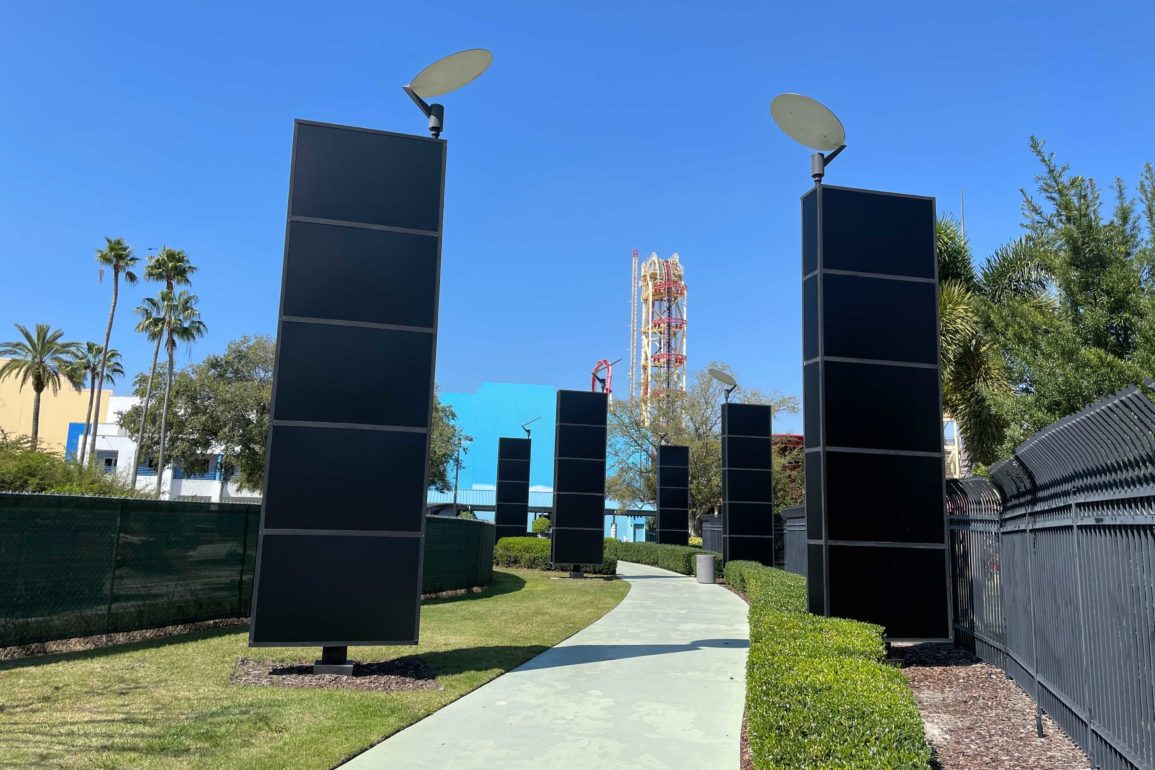 Earlier this month, it was announced that Blue Man Group was ending their residency at Universal Orlando Resort. Now signs for the show in CityWalk have been removed and painted over.

The Blue Man Group logo on the show building was painted over.

At the old entrance to the show, the illuminated signs have been turned off. The black monoliths that the signs were on remain lining the path.

The box office sign also remains, but the screens have been turned off.

Advertisements have been removed from inside Universal Studios Florida as well.

We could see the theater’s entrance from the gate near Hollywood Rip Ride Rockit.

Some remnants of the Blue Man Group do currently remain, but will likely be removed soon.

No announcements have been made regarding what Universal may do with the building now that Blue Man Group has vacated.