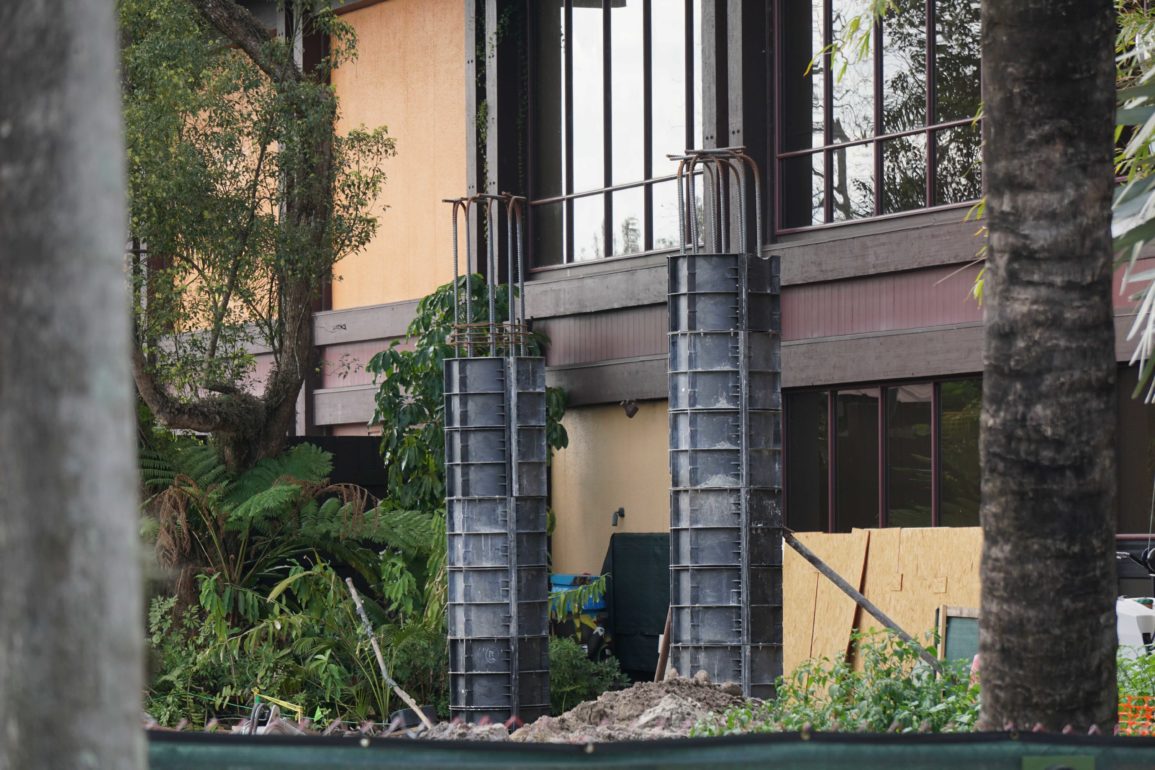 Our last update from Disney’s Polynesian Village Resort provided a close look at the construction progress made on the Monorail station. In midst of the resort’s transformation, today we bring you a new look at what has been added to the platform — and also a glimpse of something new happening on the ground.

The new Monorail station is just one part of the massive refurbishment, which includes new Moana-themed rooms and updates to the Great Ceremonial House.

As designed, each individual platform on top of the concrete pillars now seem to be attached to create a walkway.

Concrete borders now line the sections, with rebar sticking out in preparation to receive even more concrete, to ultimately emulate tall pillars at the station.

Beyond this section, we can see some more pillar preparation happening at the Great Ceremonial House — but, more on that later.

It appears as though the second-floor walkway from the Great Ceremonial House to the new Monorail station will be constructed soon.

On the ground, we can see the vast installation of red temporary support structures lining the pillars of the station.

Soon, the rebar framings will be filled and shaped with concrete to make the pillars even taller, assisting high-pitched, open-truss roof desired for the reimagining.

Also from the ground, see a familiar sight as pillars are being constructed just in front of the Great Ceremonial House.

Following on the heels of the unveiling of the new Moana-themed rooms, construction continues outside of the Rarotonga longhouse.

Once complete, Disney’s Polynesian Village Resort will feature a renewed Great Ceremonial House with an reimagined Monorail station. With bold new wooden screens covered with geometric patterns in bright, tropical colors, it will be an exciting greeting to guests upon arrival.

Follow along with WDWNT as we keep you updated on this project!