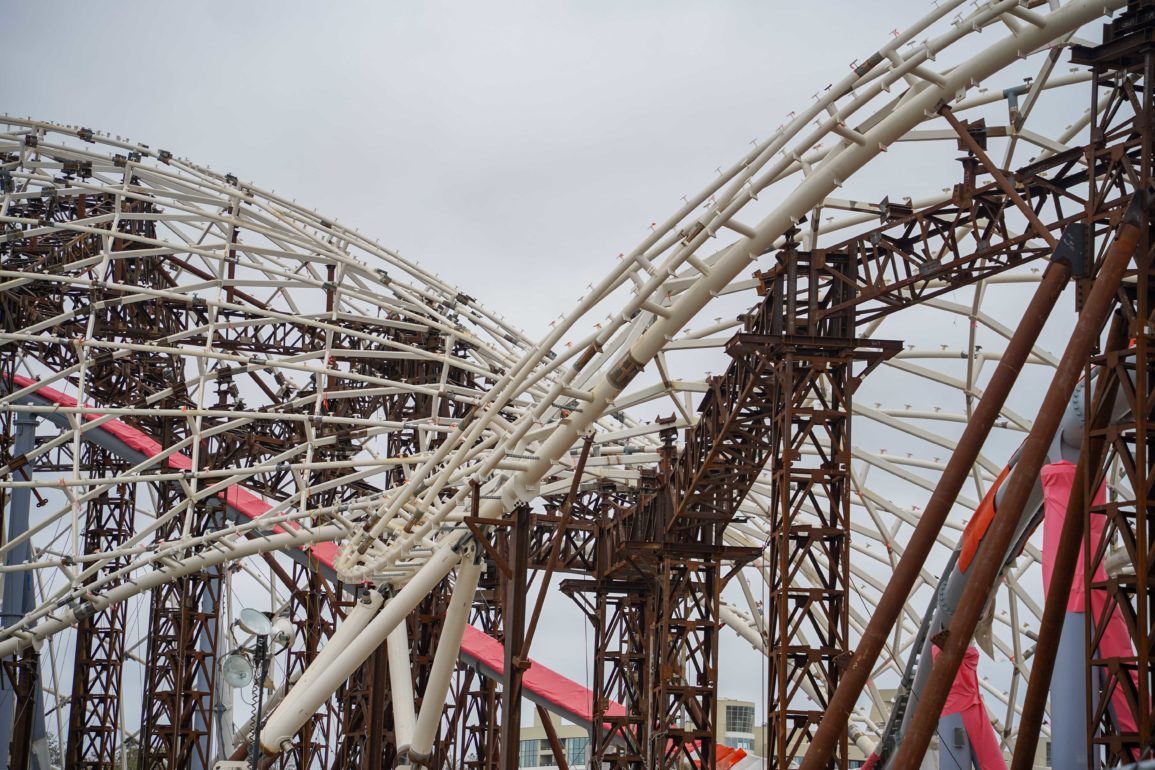 PHOTOS: Temporary Supports Ready to Come Down as Final Pieces of Canopy Frame are Installed at TRON Lightcycle Run in Magic Kingdom

Though TRON Lightcycle / Run won’t be open in time for Magic Kingdom’s 50th anniversary, the attraction might at least be more pleasant to look at by October 1, 2021. Only some crossbeams remain before the framework of the coaster’s exterior canopy is complete.

The final piece will complete two of the beams running from right to left in the image above, cutting the diamond shapes into triangles.

When taking a closer look at the canopy structure, we can see how the temporary supports don’t seem to be supporting anything anymore. Once the canopy’s framework is complete, these will be removed and we’ll have a much better idea of how the final canopy will look.

The temporary support here has left a brown rust mark where it was previously touching the white canopy framework.

Orange tarp lays across sections of the track and is wrapped around various permanent supports to keep them protected while construction on the canopy continues.

The American flag remains at the highest point of the illuminated canopy, having been placed there earlier this month to celebrate reaching such a major milestone.

It will probably take a few days to remove the temporary supports. It remains unclear when the canopy will actually see lighting and the decorative frame installed.

Below is concept art of the final canopy compared to what it currently looks like.

Are you excited for TRON Lightcycle / Run to open at Walt Disney World? Let us know in the comments.

Next
WDWNT is Looking for an Experienced Social Media Director