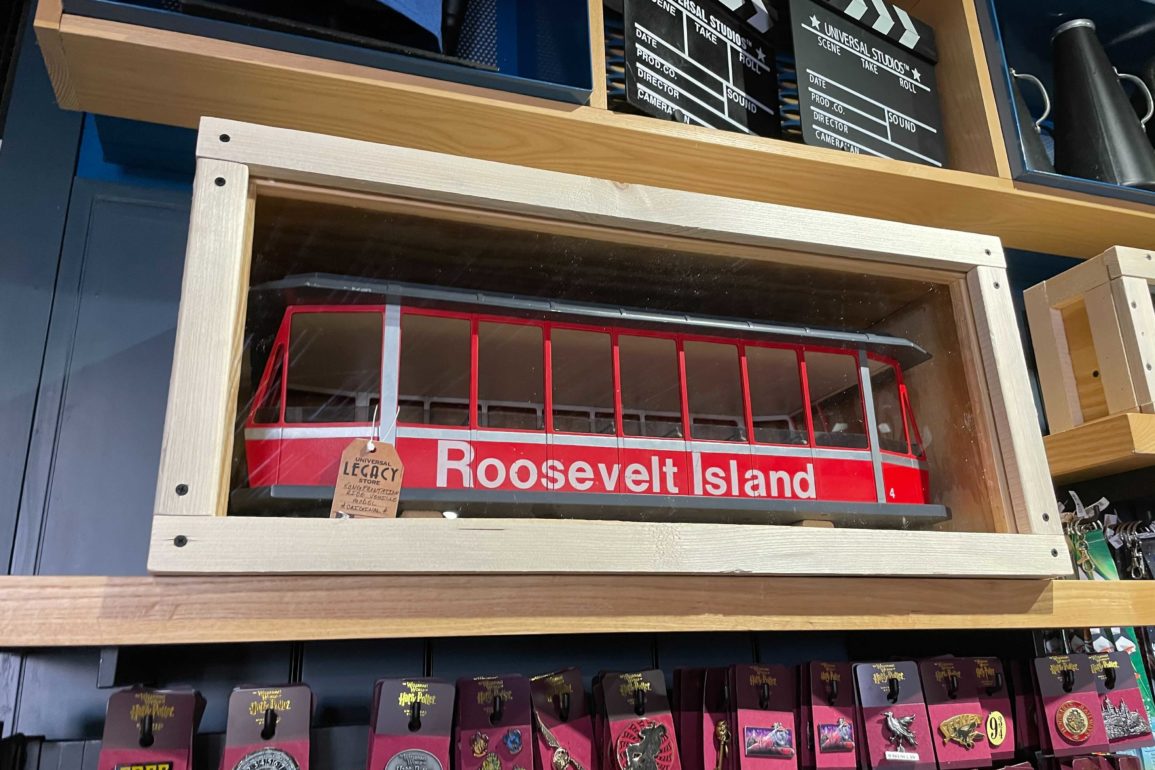 The Universal Studios Legacy Store in CityWalk at Universal Orlando Resort opened this morning with a big surprise. The store is packed to the brim with even more props, concept models, team member costumes and more than before. There are displays dedicated to attractions old and new, with music from the attractions playing in the background. The store is a love letter to the fans of the parks.

Check out a full video tour of the store below:

Posters on the back of the screens outline a detailed timeline of the parks history.

Photos of the park from years past adorn the walls.

Screens play old commercials and such, while crate lids slide over various props and paperwork.

A photo of the shuttered Amity Island.

This grenade launcher was used by the skippers of Captain Jake’s Amity Boat Tours on Jaws: The Ride.

A fishing reel from the queue of Jaws: The Ride, which closed on January 2nd, 2012.

Chief Brody’s jacket, used in the film, formerly lived in the queue. It finds a new home here in the Universal Studios Legacy Store.

This harpoon gun was also featured in the queue.

A section represents Back to the Future: The Ride.

These Ghostbusters proton packs were used in the Halloween Horror Nights Tribute Store in 2019.

The Terminator costume was worn by Arnold Schwarzenegger during filming for T2-3D: Battle Across Time, which closed permanently on October 8th, 2017.

This is a replica of the Goblet of Fire from the Harry Potter series. It could be found in the queue for Dragon Challenge, which closed on September 4th, 2017 to make way for Hagrid’s Magical Creature Motorbike Adventure.

Here is a model of the tram that served as the ride vehicle for Kongfrontation.

On the same wall, a model of the ride vehicle from Earthquake: The Ride can also be found.

This team member costume shirt features the logo for Disaster Studios, the fictional film studio from Disaster!: A Major Motion Picture Ride…Starring You!

Another costume t-shirt, this time from Jimmy Neutron’s Nicktoon Blast.

Above is a model of the Enchanted Oak Tavern. Below are the costumes worn by the tavern team members.

A detailed scale model of The Wizarding World of Harry Potter: Hogsmeade is showcased.

A look at the model for the ride vehicle for E.T. Adventure, which is the last remaining attraction from opening day.

This scale model shows the stage for Animal Actors On Location!

A display above shelving features art and photos from Revenge of The Mummy.

Jurassic Park costume art shows outfits similar to the ones worn by Laura Dern and Sam Neill in the first film.

From Universal’s Horror Make-Up Show, we see a costume head piece of Beetlejuice.

What’s your favorite retired attraction from Universal Orlando Resort? Let us know in the comments!