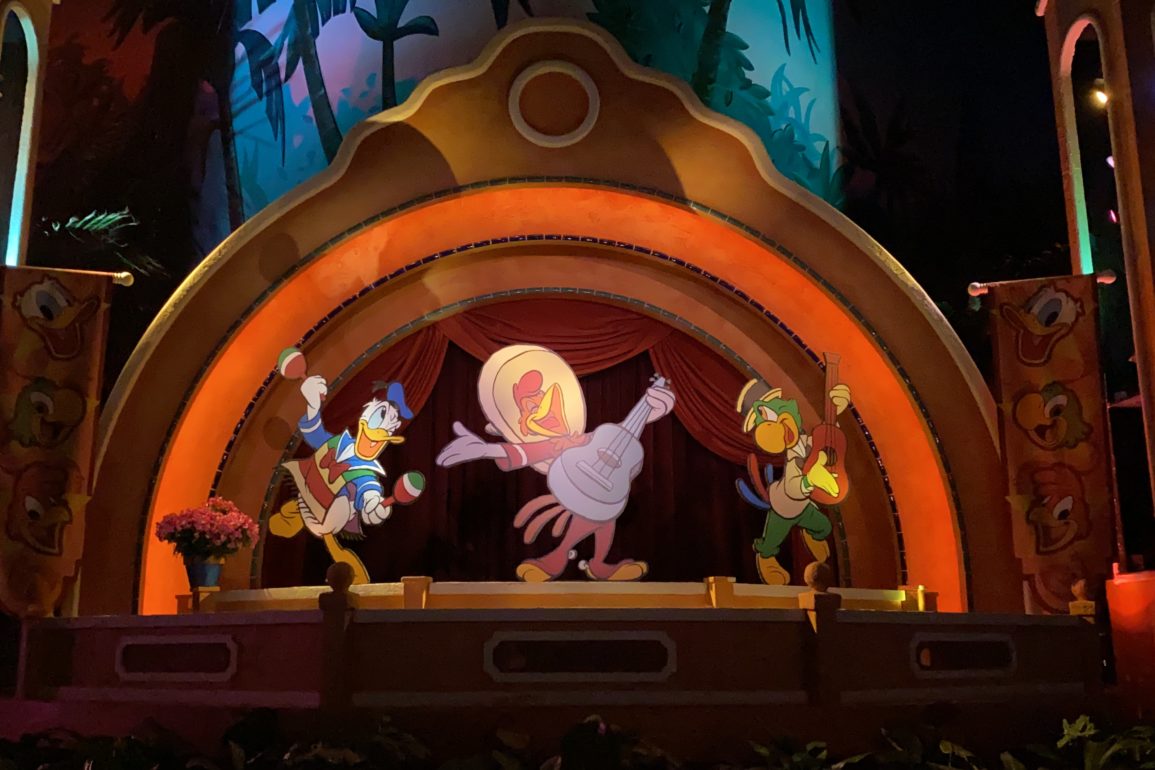 At WDWNT, we often report on milestones. Walt Disney World’s upcoming 50th Anniversary. The reopening of Disneyland more than a year after closing for a worldwide pandemic. Wooden standees replacing audio-animatronics.

It has now been over three months since The Three Caballeros audio-animatronics — Donald, Panchito, and Jose — disappeared from the Gran Fiesta Tour inside EPCOT’s Mexico Pavilion. The attraction’s stars were replaced with two-dimensional character flats on January 29, 2021.

Now, thirteen weeks later, The Three Caballeros have yet to return. We at WDWNT wondered “Donde Esta Maintenance?” That question became a t-shirt, available at Carousel of Products.

The audio-animatronic problems began in early January 2021. The Donald Duck animatronic disappeared January 5. Donald was temporarily memorialized with a sombrero. We thought Donald would quickly return, but he remained missing. On January 11, the Donald memorial was removed. Panchito and Jose remained.

These audio-animatronics have been around for nearly 50 years. They were originally part of Mickey Mouse Revue, an opening day Magic Kingdom attraction. Disney previously announced that the animatronics will not return to Gran Fiesta Tour until spring.

If you have yet to experience the 2-D Caballeros, be sure to check out our video below.

Will Disney meet or beat its deadline? Or, will The Three Caballeros wait a bit longer before returning to their stage? Let us know in the comments.