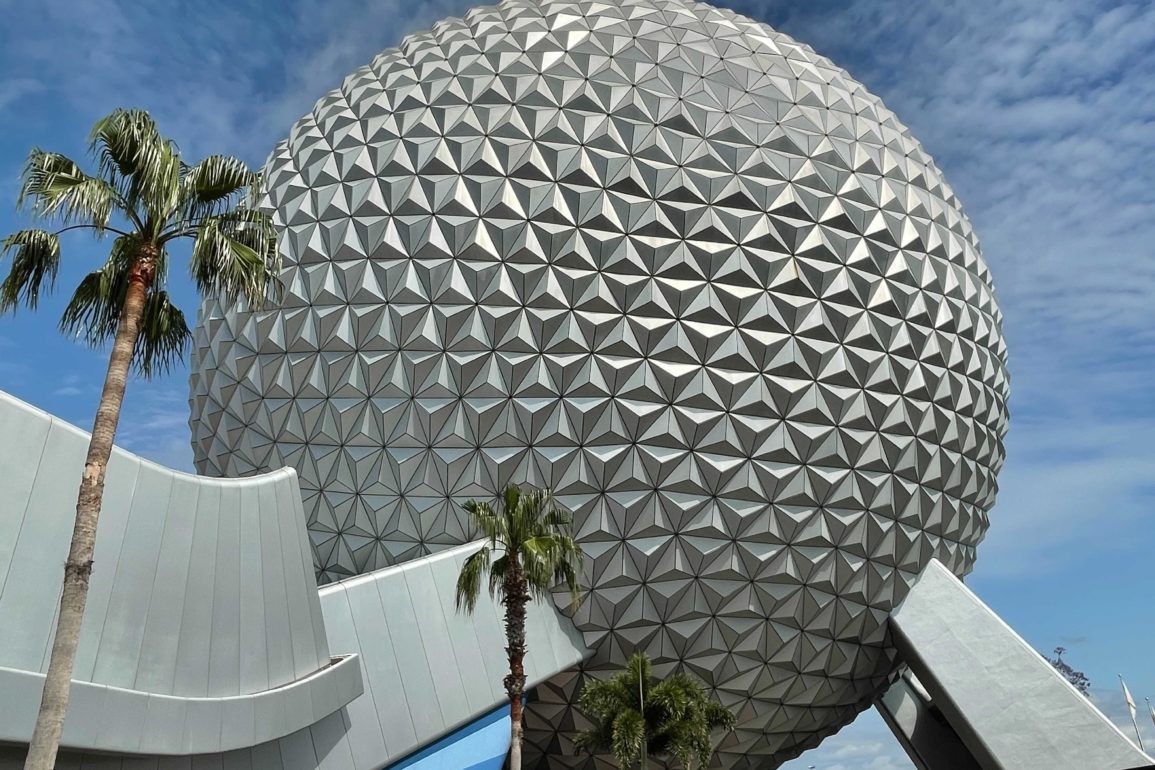 PHOTOS: Even More “Points of Light” Installed on Spaceship Earth at EPCOT

Right now, the lights are mostly being installed near the top of Spaceship Earth.

Though difficult to see, we count approximately 46 lights, up from the 28 we could see yesterday.

Once they are all installed and turned on, the lights will cast a colorful grid across Spaceship Earth, as depicted in the concept art below.

The Tree of Life at Disney’s Animal Kingdom and Tower of Terror at Disney’s Hollywood Studios will also receive new nighttime looks. Keep checking WDWNT as more is revealed ahead of “The World’s Most Magical Celebration.”

Next
REVIEW: Get Your Java Fix with NEW Hazelnut Mocha Cake From Gideon’s Bakehouse