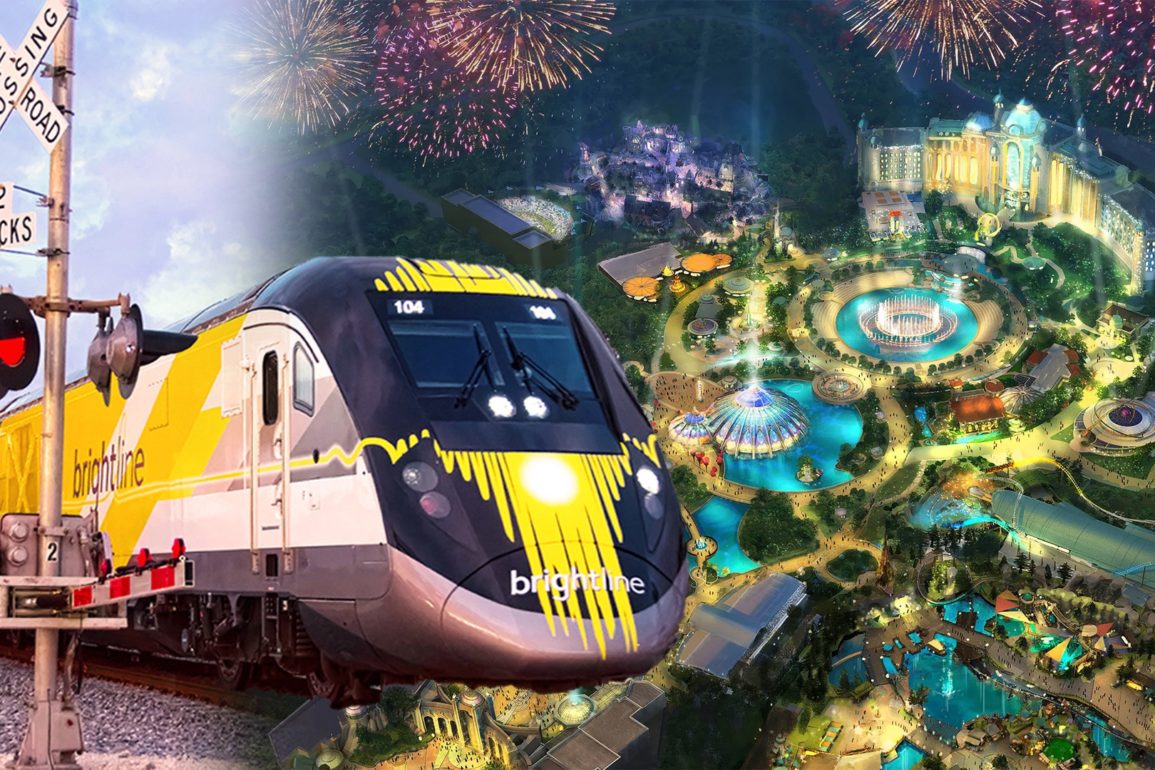 Though Universal Orlando Resort’s new Epic Universe park has likely been delayed until 2025, construction is expected to resume soon. Now with a Brightline train station possibly coming to Disney Springs, Universal is hoping a train line will also help guests get to Epic Universe.

According to Orlando Business Journal, International Drive businesses are working to get the Orlando to Tampa line connected to the busy, tourist corridor. One possible path for the train line has it connecting to I-Drive, and now stakeholders including Universal Orlando Resort are meeting with Brightline in hopes of creating a connection. Additionally, Orange County officials told OBJ that future discussions are expected to occur on a transportation option connecting Brightline and I-Drive.

Epic Universe will be adjacent to I-Drive. Previously, Universal Parks & Resorts chairman/CEO Tom Williams stated that they would push “with every bit of strength we’ve got” for a Brightline connection to I-Drive.

As current plans go, the Brightline rail will connect from Miami to Orlando International Airport by next year, and then go on to connect to Tampa, with a stop at Walt Disney World on the way. The extension from West Palm Beach to Orlando is approximately 49% complete and service is expected to start in 2023. The rail likely won’t begin service to Walt Disney World until 2026.

Next
PHOTOS: Barrel Bridge Reinstalled on Tom Sawyer Island at the Magic Kingdom