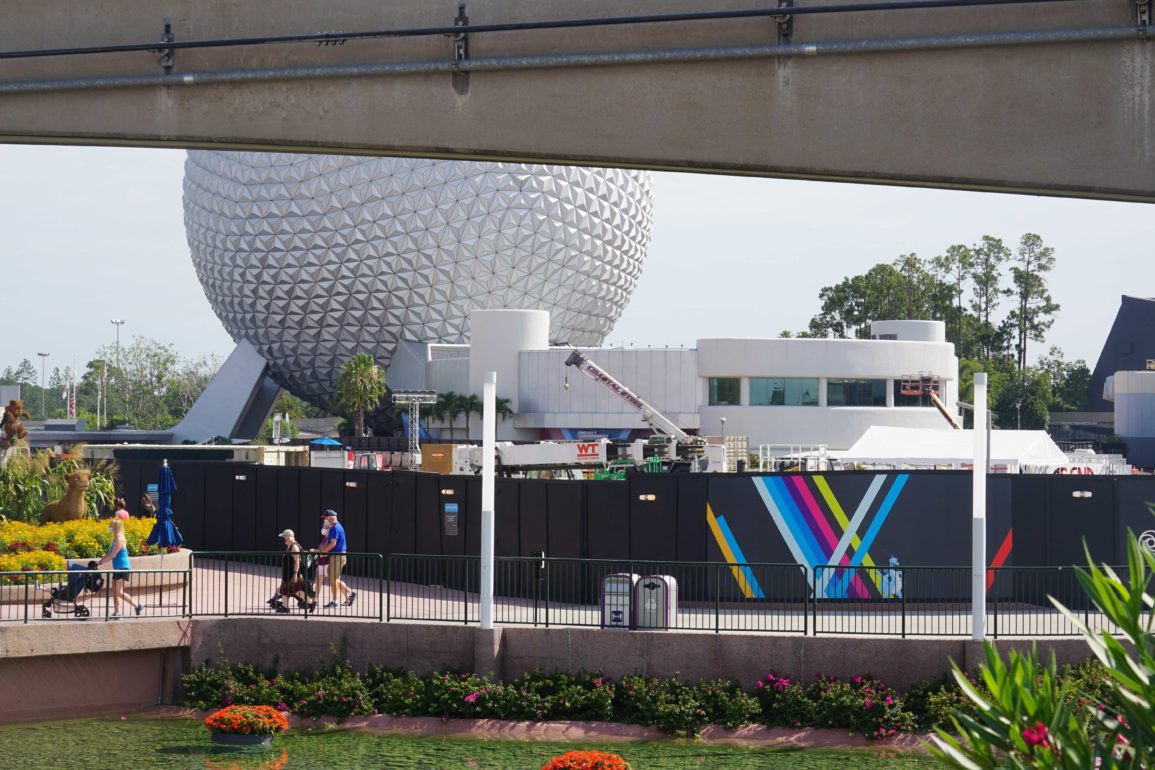 MouseGear is becoming the “Creations Shop” at EPCOT, and crew members have been hard at work bringing the new version of the store to life. Much of the exterior is currently covered in scaffolding as construction continues.

The new store will have a sunnier, more open layout thanks to large windows and a cleaner floor plan.

Right now, the sun isn’t getting in, as several of the windows are blocked.

The crew has been working on the roof overhang outside the building, removing paneling.

We can see that much of the paneling from the underside of this overhang section is now gone.

Over at the corner of what was Innoventions East, more of the crew was working on the roof. This corner was recently rounded out, but has yet to be covered in new paneling.

Openings in the wall of windows show where the entrances to Starbucks/bakery and the new quick-service restaurant will be.

Club Cool is also being constructed adjacent to Creations Shop, and it was recently confirmed the famous Beverly soda will be back.

There are dots of paint along the edge of the roof overhang.

Scaffolding also sits in this corner, although nobody was working here today.

Across from Creations Shop is the site of Journey of Water, Inspired by Moana, an upcoming water play area.

Not much can be seen since Innoventions West was demolished and no significant vertical construction has begun.

There is this crane nearby, though it is unclear why as of yet.

Many of these projects are supposed to open later this summer, although whether they will open on time remains to be seen. Keep checking WDWNT for updates.