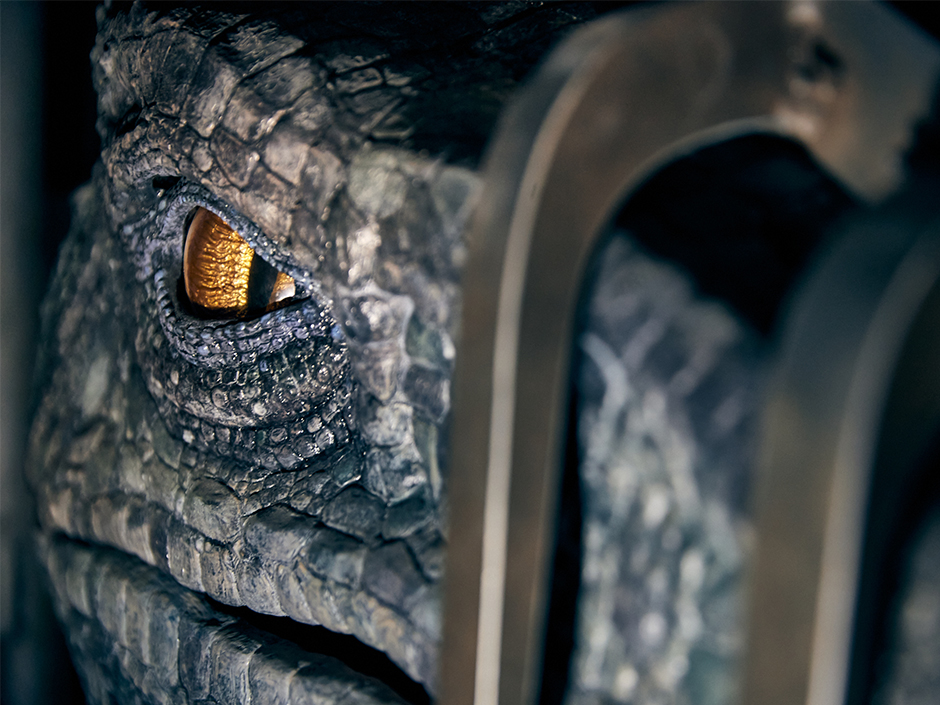 Universal Orlando Resort has shared more about the velociraptors of Jurassic World VelociCoaster, including behind-the-scenes information.

The storyline of VelociCoaster takes place before the first Jurassic World film, with the coaster being Claire Dearing’s answer to the demand for more excitement. This is the first time the velociraptors are on public display, giving guests an up-close look at the raptors featured in Jurassic World.

Air effects in the queue make the raptors look like they are breathing and they are designed to react to guests walking by. The creative team also made a custom scent of what they believe a raptor would smell like, and it is used throughout the attraction.

The raptor’s eyes are designed to catch the light and give them life using gold flakes and precious metals.

Below is more information about the individual raptors.

You’ll encounter Blue leading the pack as you race through the paddock on the ride. Easily the most recognizable of the four, she is grey with iridescent blue stripes running the length of her body (from which she got her name). Her unique DNA is taken from the African black-throated monitor lizard, giving her distinct markings that set her apart from her other littermates. She’s the largest, the most intelligent, and the most deadly. Fun fact: She can snatch meat from hooks placed 15 feet in the air above her — just like a Bengal tiger!

Delta is one of the Raptors you will be able to see in the ride queue. She makes for a rather intimidating presence as she is the second largest and second oldest of the Raptor pack. You can recognize her by her mottled green and dark beige skin. She also has significant avian components in her DNA.

Just like Delta, you can get up close with Echo, so close you can see the fine details of her scars and markings. Her coloring is a mottled blue and beige, but the best way to identify her is by the lip scar across the left side of her face. She is the second youngest in the pack.

Charlie is the baby of the pack and you’ll see her bringing up the rear in the paddock as you narrowly escape the pack’s claws. She is not only the youngest, but also the smallest of the four Raptors. You can spot Charlie by her green skin with vertical black stripes down her back, which is the result of using green iguana DNA in her genetic coding.

Next
PHOTOS: Cool Scanner Back in Action in Tomorrowland at Magic Kingdom