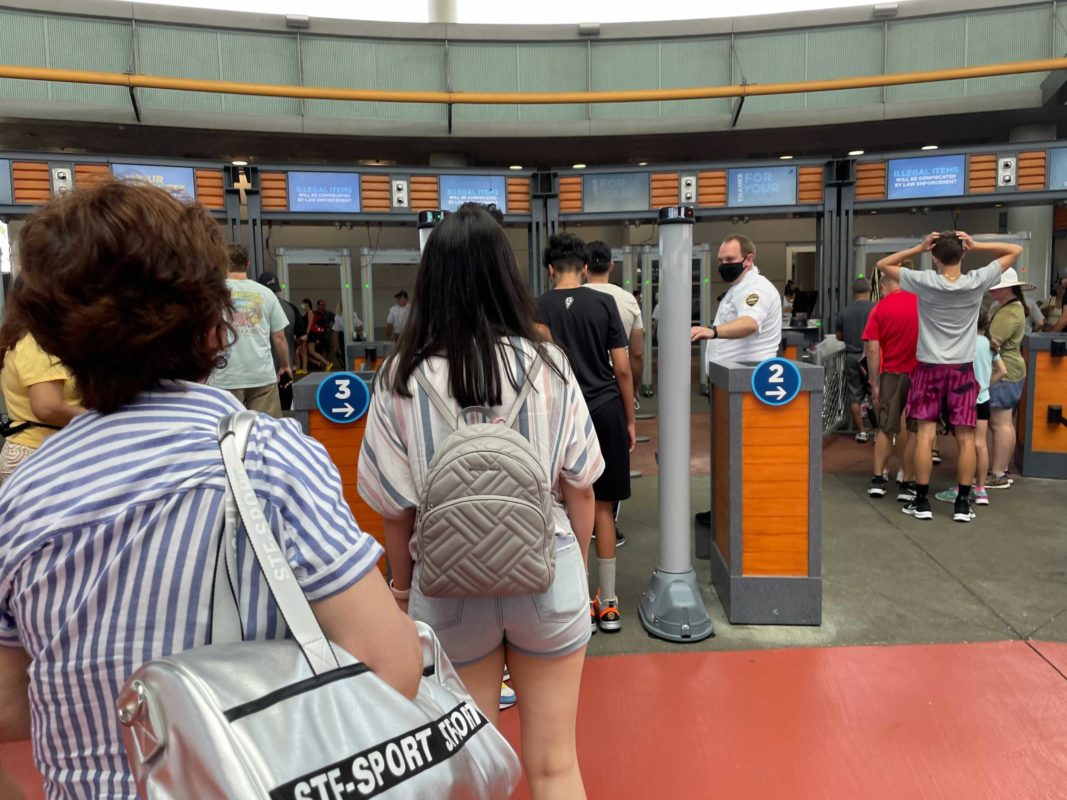 Only one set of scanners was in use today, as pictured above. The green lights atop both posts indicate that the guest was cleared for entry.

We tried it out when we arrived this morning for the grand opening of Jurassic World VelociCoaster. During our experience, we beeped when we went through the scanner and then had to go through the metal detector, along with our bag through the X-Ray Machine for additional security screenings.

By the time we left the parks in the afternoon, testing had ended, and the scanners had been removed. Hopefully these will be brought back in full-force soon, as it certainly speeds up the check-in process for guests.

Universal’s security center is set in the hub of the parking garages, so guests pass through before entering CityWalk. The scanner station was surrounded with Security Team Members.

The OpenGate scanners are billed by CEIA as a “weapons detection system” and boast that they “do not require a mechanical and electrical connection between the two transducers that define the passageway, therefore there is no tripping hazard or barrier for wheelchairs or other mobility items.”

Are you excited to see these scanners testing at Universal Orlando? Let us know your thoughts in the comments below.