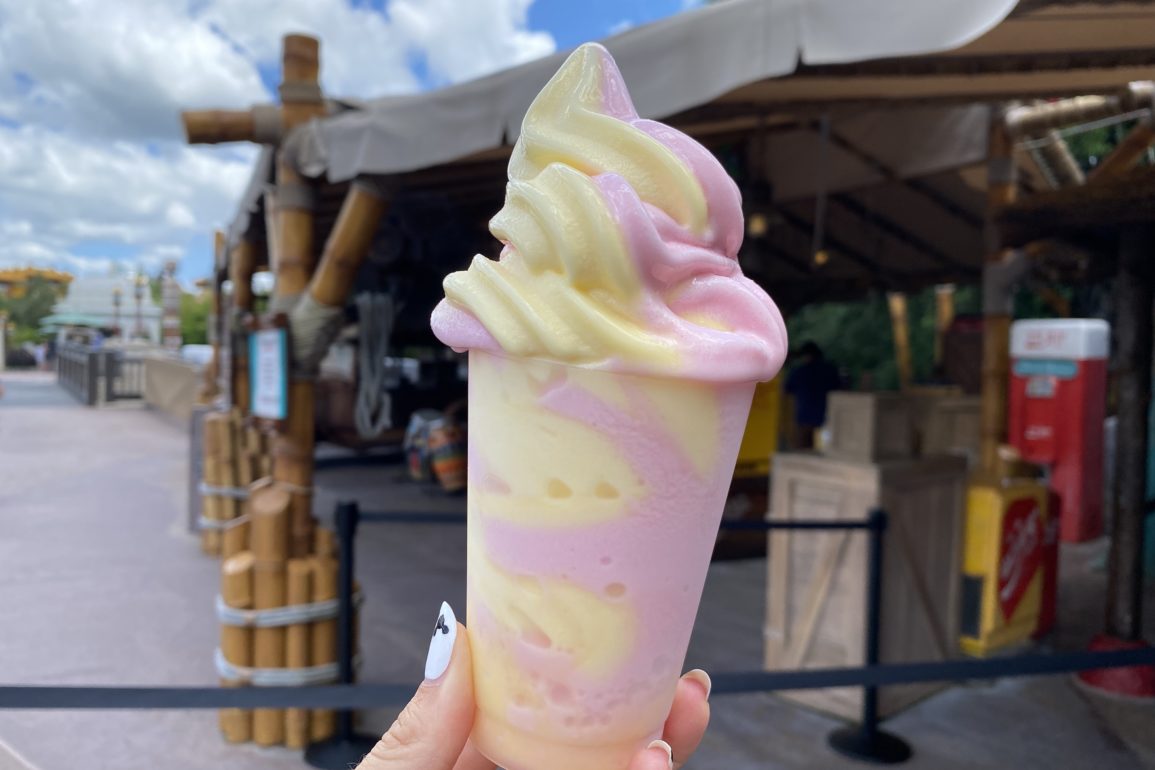 Greetings, world travelers, from a beautiful day at Spaceship Earth!

DVC and Annual Passholders had the opportunity earlier this month to grab a preview spot for the attraction starting in September.

Guardians of the Galaxy: Cosmic Rewind started on the fourth row of panels for the roof after laying a significant amount of concrete for the front walkway.

A rough layer of orange paint was added to the lower portion of the arms of the building.

Solvent to stain the concrete was also added to the walkway leading from the front of Spaceship Earth down to the entrance to World Discovery. The solvent also stems to the West side of the park just before World Nature near The Seas.

Work finally began on the corner of the future quick-service restaurant, where structural beams are being replaced.

Over in MouseGear, we were feeling ready to go trick-or-treating with these new spooky light-up accessories available.

The outer areas of the breezeway that sits between MouseGear and Creations Shop hasn’t seen much paint progress visually as areas still remain patched with half-complete paint.

Solvent work continues in Morocco as another “wet” layer spreads over most of the pavilion’s pavement.

Mitsukoshi in the Japan pavilion has newly updated hours with a later opening time.

In The American Adventure, The American Heritage Gallery reopens after a week long hiatus due to a few patched floorboards.

The bridge to World Showcase Lagoon from the Italy pavilion slowly sees progress as areas that were being patched have now received an even layer of paint and are seemingly ready for the marbling effect to match the other side.

A new skirt says ‘Arrivederci’ in the Italy pavilion featuring Minnie Mouse scootering around the city for $84.

Refreshment Outpost has a cool new twist offering on two of our favorites – watermelon & pineapple!

Restaurant Akershus in Norway is now playing host as a company lounge, with the possibility of princess dining never returning.

On our way out of the park, a new food container with a double-sided utensil featuring our favorite little chef squeaked its way into Port of Entry for $19.99.