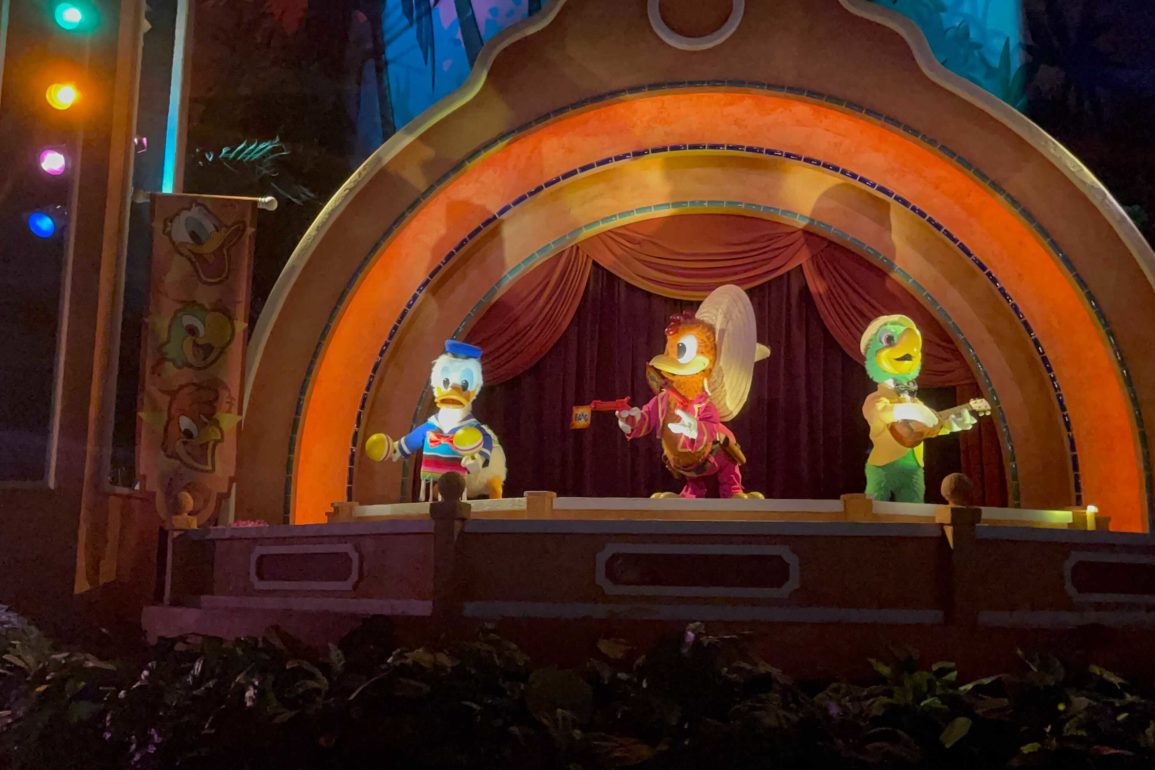 The Three Caballeros just can’t catch a break. The three animatronics are the centerpiece of the finale scene of Gran Fiesta Tour Starring The Three Caballeros in the Mexico Pavilion at EPCOT. After being removed, then replaced by cardboard cut-outs for more than three months, then finally replaced with real animatronics again, the characters have a spotty track record this year.

Now Donald Duck has malfunctioned, with his right arm stuck in an extended position leading to jerky, shaky movements of his maraca. Take a look at our video below, taken earlier this morning.

For comparison, see our video from the triumphant return of the refurbished animatronics back in May:

The Three Caballeros have been back for less time than they were gone, so let’s hope this malfunction can be fixed quickly and in place, rather than having to remove Donald like last time.