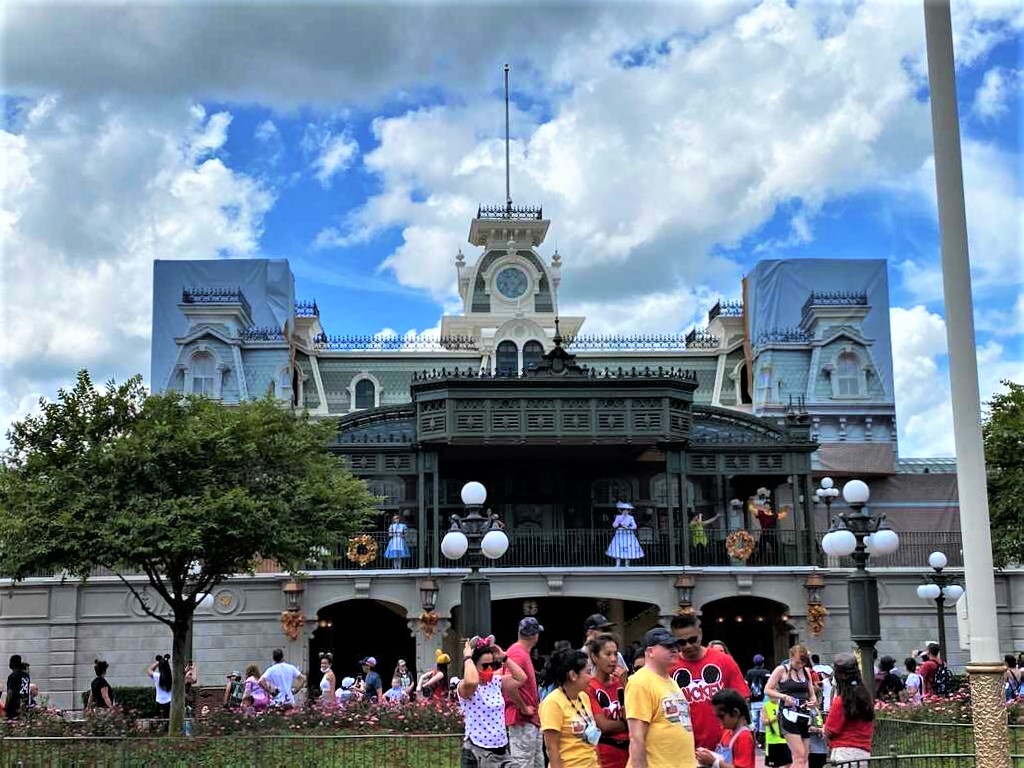 As Walt Disney World gears up for its 50th anniversary, refurbishments are taking place all over the Magic Kingdom. From Adventureland to Fantasyland to Liberty Square to Frontierland, nearly every part of the park is having some refurbishment work done. Main Street, U.S.A. is no exception, as the Main Street Train Station has been undergoing its refurbishment for the last year. Themed scrim was erected around the building to shield the work from prying eyes, but it has been slowly removed over the last few weeks as the project nears completion, just in time for the anniversary in October.

With a closer look, you can see the beautiful stained glass windows up top have been uncovered.

This train station looks great and is nearly complete. Are you excited about all the updates coming to Walt Disney World for the 50th anniversary? Let us know in the comments below.

Next
TONIGHT on WDW News Tonight (8/12/21): 483rd Birthday Celebration of the Society of Explorers and Adventurers (S.E.A.), The Map Game, Liquid Magic, and More