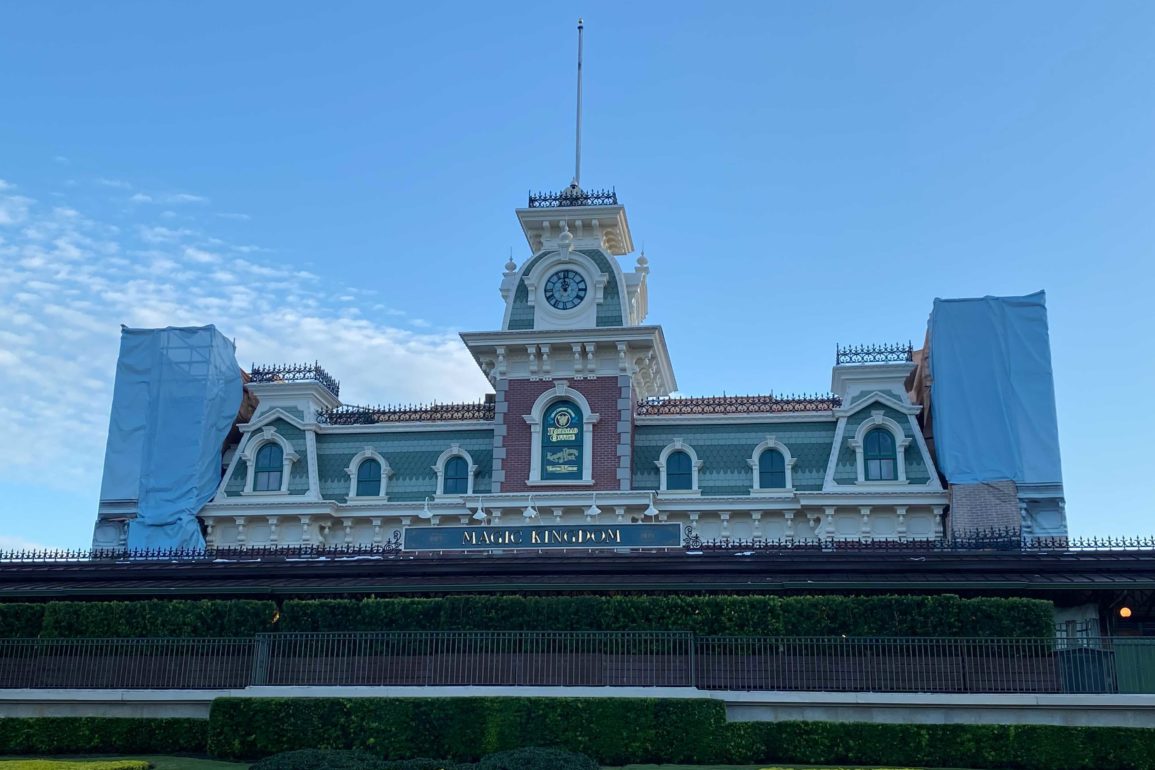 Even more scrim has been removed from the Main Street, U.S.A. train station at Magic Kingdom, which has been closed and under refurbishment for several months.

When entering Magic Kingdom, the bottom section of the train station is mostly visible again.

This includes the Magic Kingdom sign, which was previously covered. A row of planters blocks the view of the train tracks.

Scrim remains on the ends of the building.

The Magic Kingdom lettering is looking bright and shiny.

The Walt Disney World Railroad has been closed since December 2018 due to construction of TRON Lightcycle / Run. It doesn’t seem likely that service will return in time for the 50th Anniversary starting October 1, but a refurbished train was recently spotted backstage.