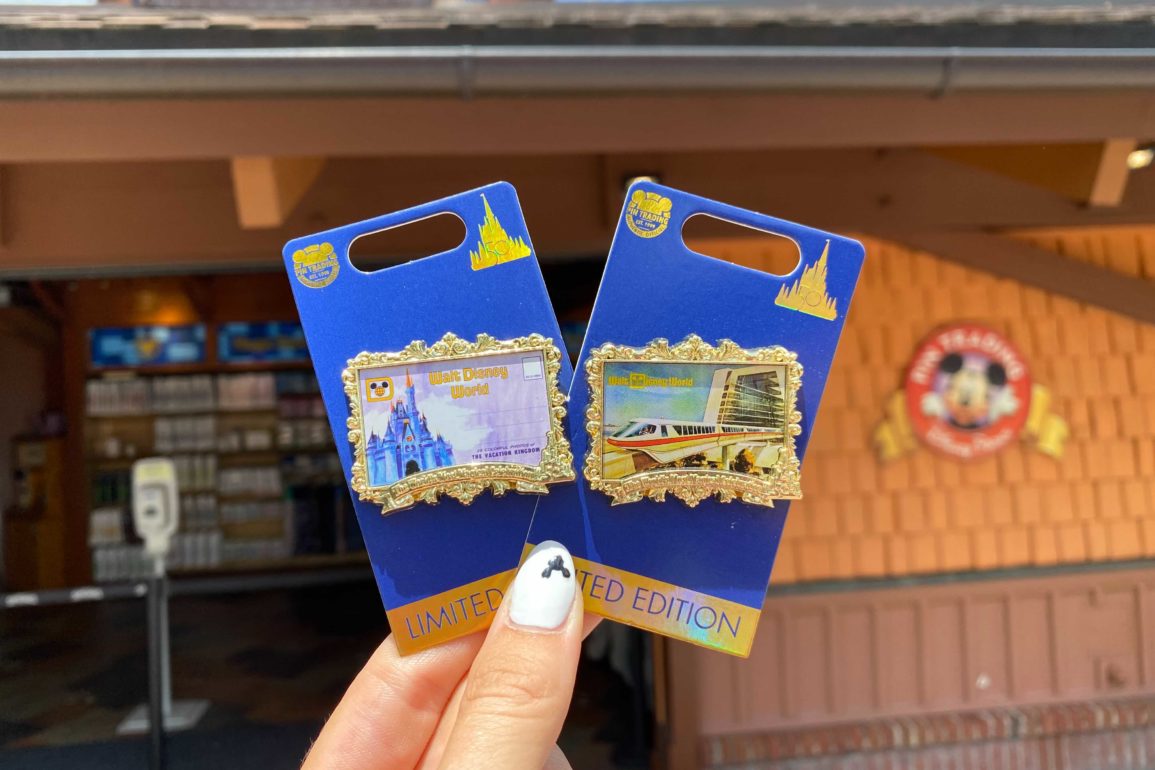 As Disney amps up for Walt Disney World’s 50th anniversary in October, merchandise and refurbishments abound across the resort. Many of these merchandise items recreate favorite souvenirs from decades past as a nod to the history of Walt Disney World. A new pin set does just that in a shiny new way, as the Countdown Series debuts today. We found these at the Pin Traders in Disney Springs.

This set of Limited Edition 3000 pins features recreations of Walt Disney World postcards from years gone by. Four pins make up the series, with two released today and two to be released as we get closer to the anniversary.

This pin recreates a pre-opening postcard from the Walt Disney World Preview Center, that was later sold in the park as well. It features an artist’s rendition of the resort that was, at the time, called Tempo Bay Resort Hotel, now Disney’s Contemporary Resort. The full scan of the original post card can be seen below, and shows just how faithful a recreation the pin is.

This pin also recreates a post card, depicting Cinderella Castle. This post card, seen below, was the cover of a post card set from 1971 featuring “26 colorful photos of The Vacation Kingdom.” The photos in the set included an aerial view of the resort, the Nautilus in the 20,000 Leagues Under the Sea Submarine Voyage, a family paddling a canoe at Fort Wilderness Campground, and more.

Will you be adding the Countdown Series of pins to your shopping bag? Let us know in the comments below. And be sure to check out all the other merchandise that was released today in honor of Walt Disney World’s 50th anniversary.