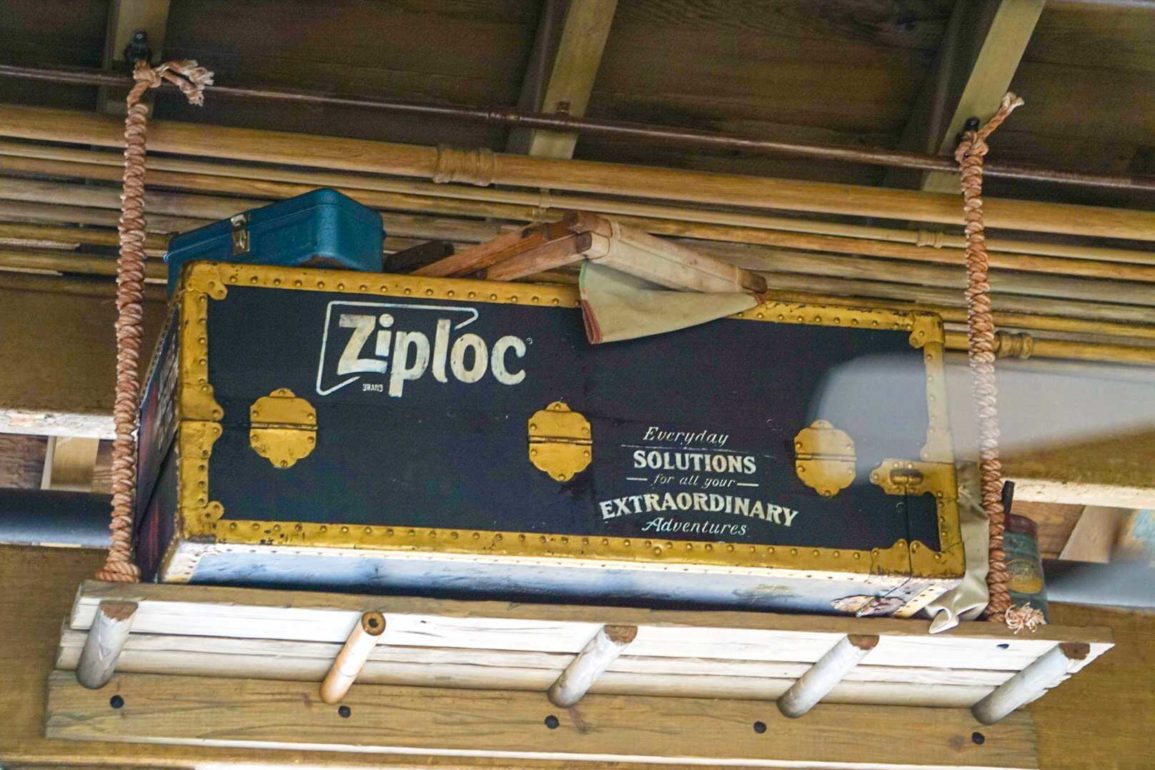 With all of the changes big and small coming to the Jungle Cruise in the Magic Kingdom, could a new sponsor also be on the way?

Signage advertising Ziploc has appeared at the attraction’s exit.

The Ziploc logo appears on an overhead trunk, reading “Everyday solutions for all your extraordinary adventures.” No official sponsorship has been announced as of the writing of this article.

Back in 2018, Ziploc became the official sponsor of both the Kidcot Fun Stops in EPCOT, as well as Splash Mountain at the Magic Kingdom, distributing complimentary themed resealable bags to help guests keep their belongings dry. With the latter attraction closing in the near future to make way for an overlay themed to The Princess and the Frog, it’s unclear if the sponsorship is being transferred ahead of the closure.