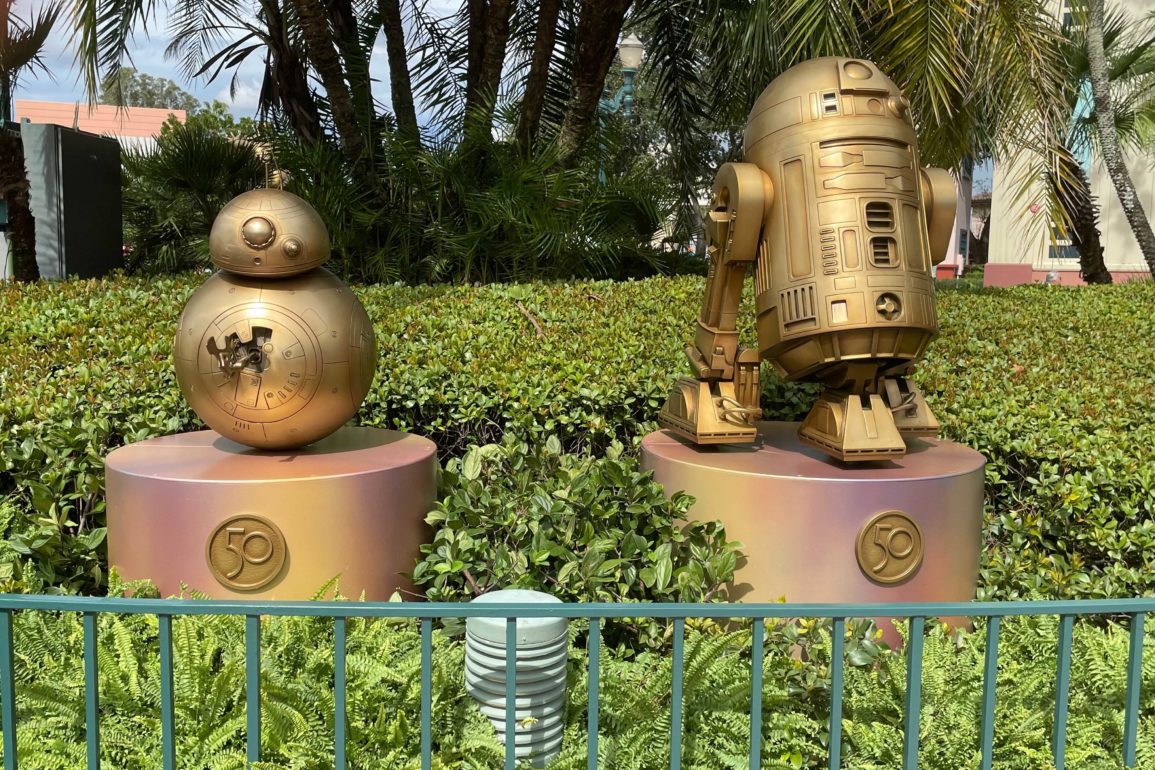 “You unlock this door with the key of imagination. You’ve just crossed over into… the Twilight Zone.” That’s right, folks, today we visited Disney’s Hollywood Studios. Let’s venture around and check it out.

The first Fab 50 Statues that caught our eye are Frozone and Edna Mode. Edna is giving us a lot of sass, and Frozone was almost life sized.

Around the other side of the planter, we find BB-8 and R2-D2.

Jessie and Rex were hanging around, telling jokes in Toy Story Land.

The change from Fastpass+ to Lightning Lane continues throughout Disney’s Hollywood Studios.

Voyage of the Little Mermaid looks to be next as we see the Fastpass+ signage has been covered up.

We end our day at Disney’s Hollywood Studios, picnicking with Chip and Dale. See ya’ real soon, pals!