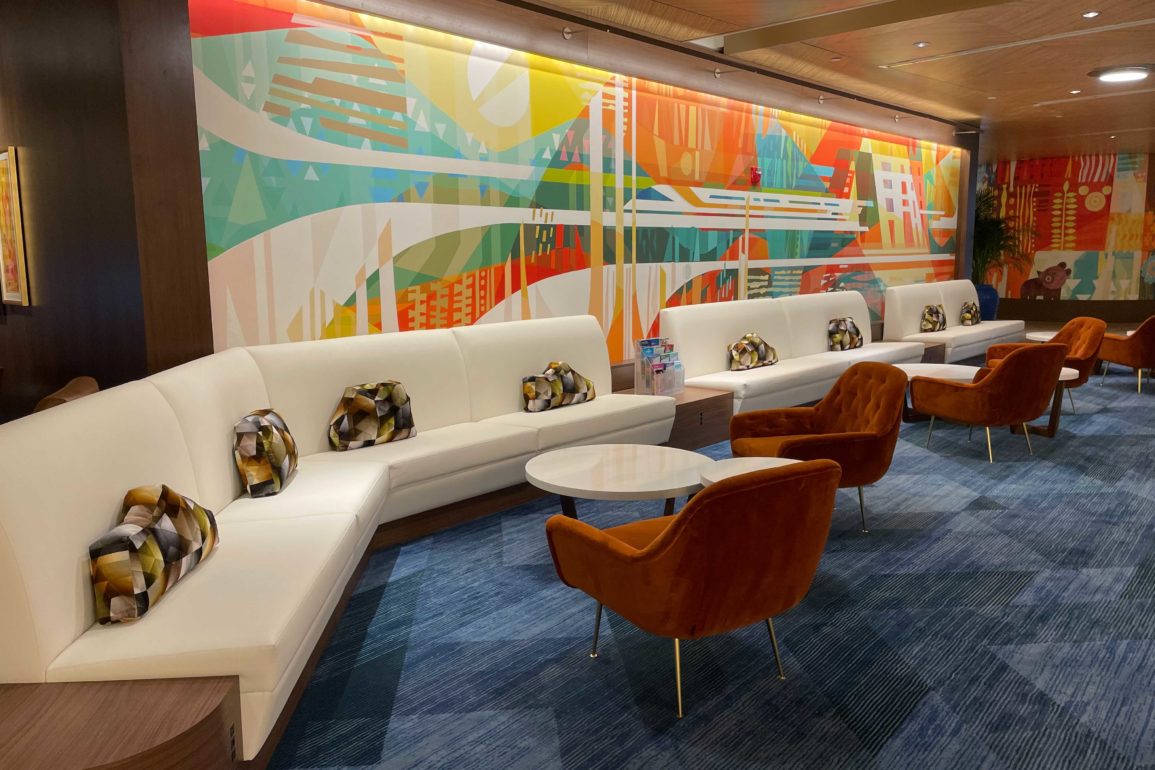 In the past few days, we got our first glimpses at the newly reimagined lobby of Disney’s Contemporary Resort. Now the lobby has reopened and guests can step into the world of Mary Blair’s artwork.

The Mary Blair-inspired lobby goes well with the legendary Mary Blair mural on the fourth floor.

We already took a look at the new orb lights and mid-century wallpaper in this hallway.

This wide column will remind guests of the attraction most associated with Mary Blair, “it’s a small world”, but it’s really an homage to the Grand Canyon Concourse tile work.

We found a hidden Mickey.

As with other resort lobbies, this one has been redesigned to be more spacious, with a few smaller desks instead of one large counter.

Concept art of Disney’s Contemporary Resort hangs behind each desk.

A mural of the resort with the Monorail going through it is on the wall behind these white couches.

There’s plenty of seating for guests.

There are also several small tables, and table space between the couches.

Around the corner is more seating, with several chairs and small tables.

A photo of Mary Blair with her Contemporary Resort mural hangs on the wall, surrounded by more of her artwork, including the art that would’ve been found in guest rooms back in 1971.

There’s a table with chairs in case you want to dine in the lobby.

Tomorrowland concept art for Disneyland hangs behind this table.

The artwork on this wall shows different mid-century room concepts.

Steakhouse 71, which replaces The Wave… of American Flavors, will be opening October 1.

We also saw this wall of artwork a few days ago.

There are larger tables for guests who stop by Contemporary Grounds, the resort’s Joffrey’s Coffee & Tea Company.

Watch our video tour of the new lobby below.