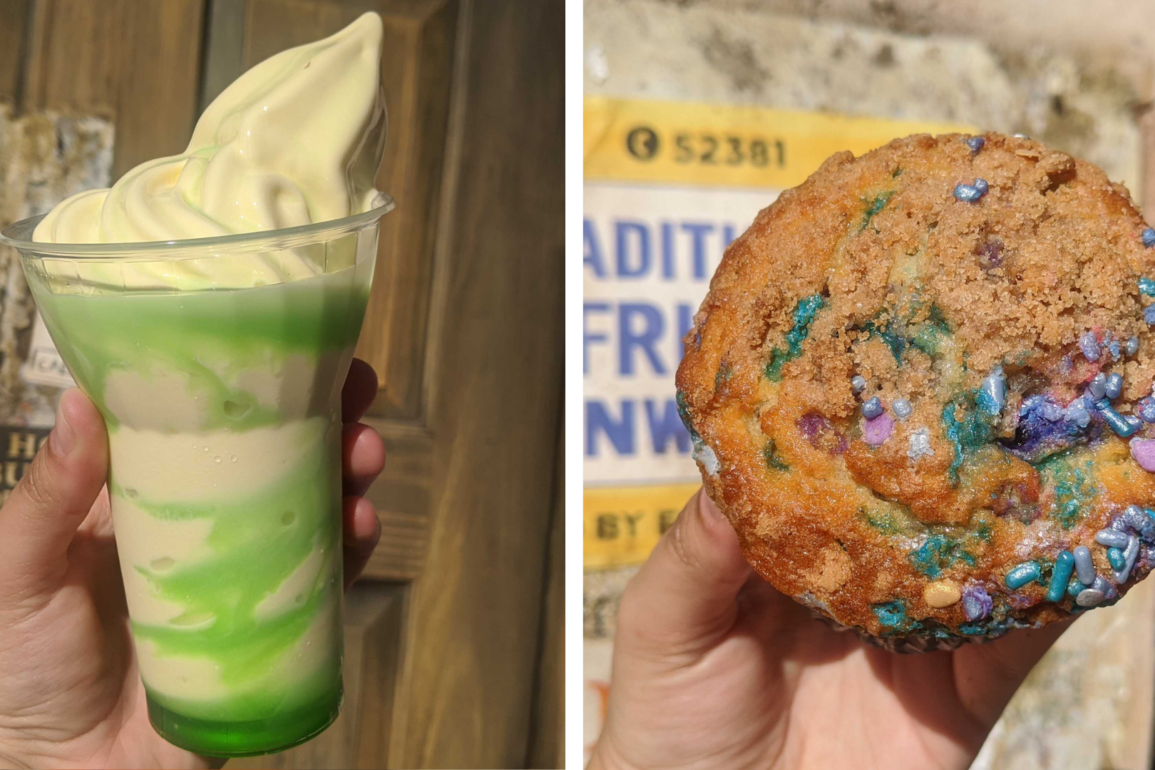 There have been plenty of new treats and new experiences across Walt Disney World to celebrate the 50th anniversary, and they just keep coming. Over at Tamu Tamu Refreshments, we spotted a new Birthday Muffin for breakfast and a classic twist on an old favorite in Scar’s Lair. Take a look at our reviews of each.

This is a classic blueberry muffin. Nothing too special taste-wise, but a sweet breakfast treat. The colorful sprinkles within add a flimsy tie-in to the celebrations for what otherwise is a plain muffin.

This muffin tastes like the exact kind of muffin you’d want from a bakery — not overly sweet, but just enough to be perfect for an early morning. For someone just looking for breakfast, we would recommend this muffin. If you want something festive to celebrate Walt Disney World’s 50th anniversary, this is one of the least exciting choices at the park. Go for the gourmet cupcake at Zuri’s Sweet Shop instead.

Scar’s Lair is a twist on a classic treat. Pineapple Dole Whip is served with a thread of green sour apple flavoring throughout.

Although it’s unmistakably a Dole whip, the sour apple flavor adds just a bit of surprise to an absolute Disney staple. However, we wish there would have been a bit more apple flavoring. It’s primarily pineapple, and most of the apple can be found at the bottom. We had to stir it up to even taste the apple, but it was worth the effort. This solid sour apple flavoring is similar to the Night Blossom drink from Pandora — The World of Avatar.

For a variation on Scar’s Lair, the Lion’s Lair is also available. This is the same thing as Scar’s Lair but with a float of Parrot Bay Coconut Rum.

Overall, Scar’s Lair is nothing exciting. It tastes great once you mix the apple in, but for a 50th anniversary treat, it offers very little.

Are you going to try one of these new treats from Tamu Tamu Refreshments in Disney’s Animal Kingdom? Let us know in the comments below.