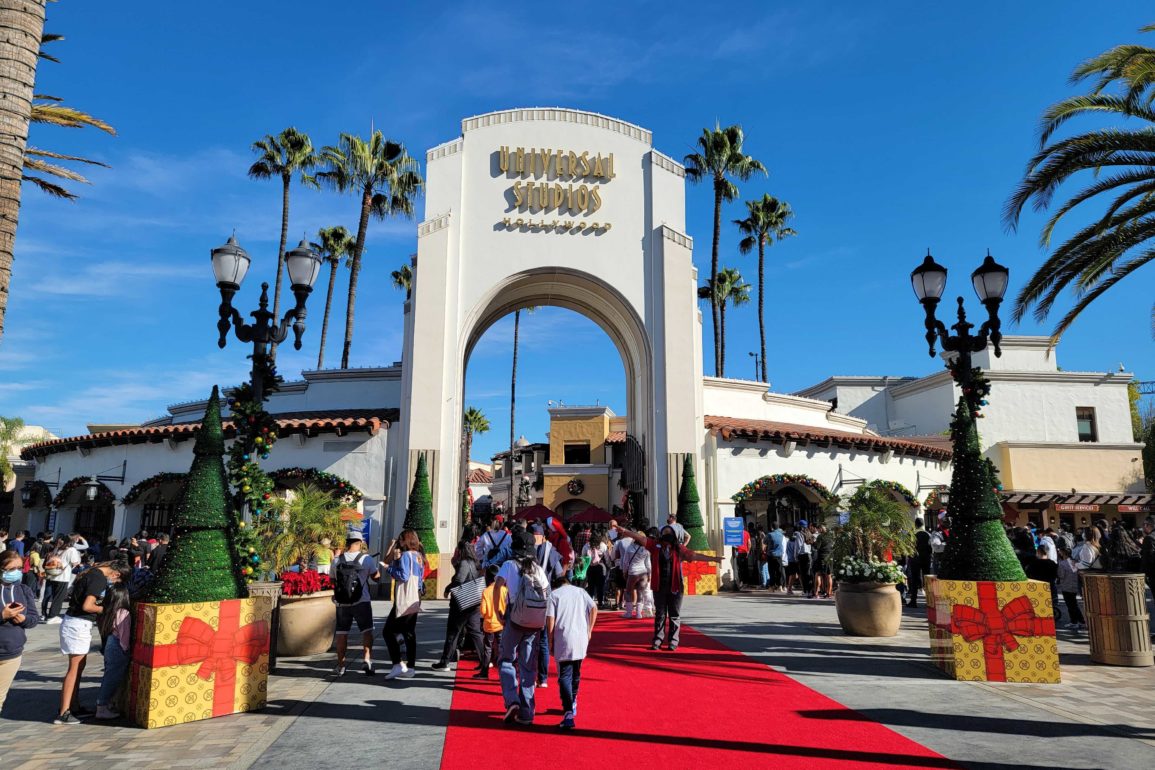 Universal Studios Hollywood has been decked out for the 2021 holiday season with garland, Christmas trees, and more.

Christmas trees on present boxes line the red carpet at the entrance to Universal Studios Hollywood.

The lampposts are wrapped in garland.

In the park, the figures of the filmmaker statue all have Santa hats.

The globe in the Universal Studios Store has its own giant Santa hat.

Grinchmas is in full swing with a giant Christmas tree and characters.

Merchandise kiosks are lined with garland.

This car is the winner of the “Great Who Bake-Off.”

We saw Cindy Lou Who.

Guests can take photos with the Grinch’s dog, Max.

Of course, the Grinch is also out to play.

The Mayor of Who-Ville appears on stage in front of the Christmas tree.

Pets Place is decorated for the holidays for the first time. A banner reading “Happy Merry Everything” hangs from a garland-wrapped archway.

Flat versions of some of the characters from “The Secret Life of Pets” are dressed up with sweaters, antlers, and Santa hats.

Cookie versions of the characters are hidden in the garland.

Presents can be found throughout the land.

The façades are decorated with garland and wreaths.

Some of the windows now have wintry scenes featuring the Minions.

There’s a Christmas tree on the corner next to the cafe.

This minion now has a giant Santa hat.

The The Wizarding World of Harry Potter is covered in garland and wreaths.

The decorations here are almost identical to those found in Florida’s The Wizarding World of Harry Potter.

Jurassic World has its own Christmas tree.

The park’s New York City area is covered in “snow” and decorations.

Next
PHOTOS, VIDEO: Storytellers Return for the 2021 EPCOT International Festival of the Holidays