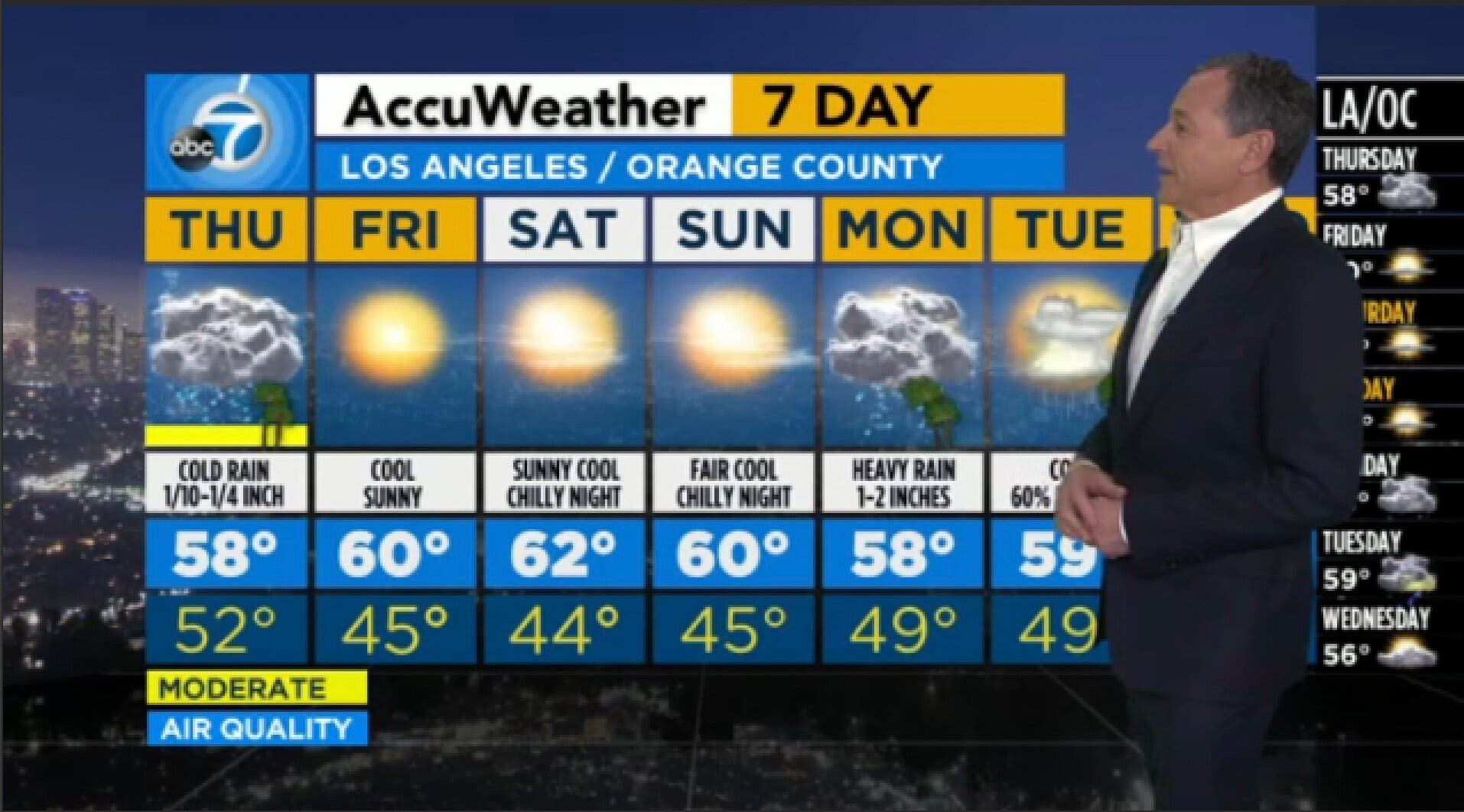 Former CEO of The Walt Disney Company Bob Iger returned to his weatherman roots on Thursday, December 9, when he made a surprise appearance as the weather forecaster on the morning KABC newscast in Los Angeles.

Iger will be retiring from The Walt Disney Company completely on December 31 of this year. He hasn’t hosted the weather since he was 23, at a cable station in Ithaca, New York in 1973.

Thursday, at age 70, he stood in for KABC’s usual weather forecaster, Leslie Lopez, who was standing off-screen.

“Very nippy on Saturday morning by the way — 62 degrees in the Los Angeles area,” he said. “The beaches, near where I live? Ooh, 46 degrees on Saturday morning. That’s when I bike ride. I think I’m going to have to watch out for some early-morning frost!”

Lopez and morning news anchor Leslie Sykes joined him on-screen to congratulate him at the end of the segment.

According to The New York Times, Iger has previously joked that his brief experience as a weather forecaster taught him a few lessons.

“It taught me how to give people really bad news,” he said in 2019. “It’s Memorial Day. It’s going to rain all weekend.”