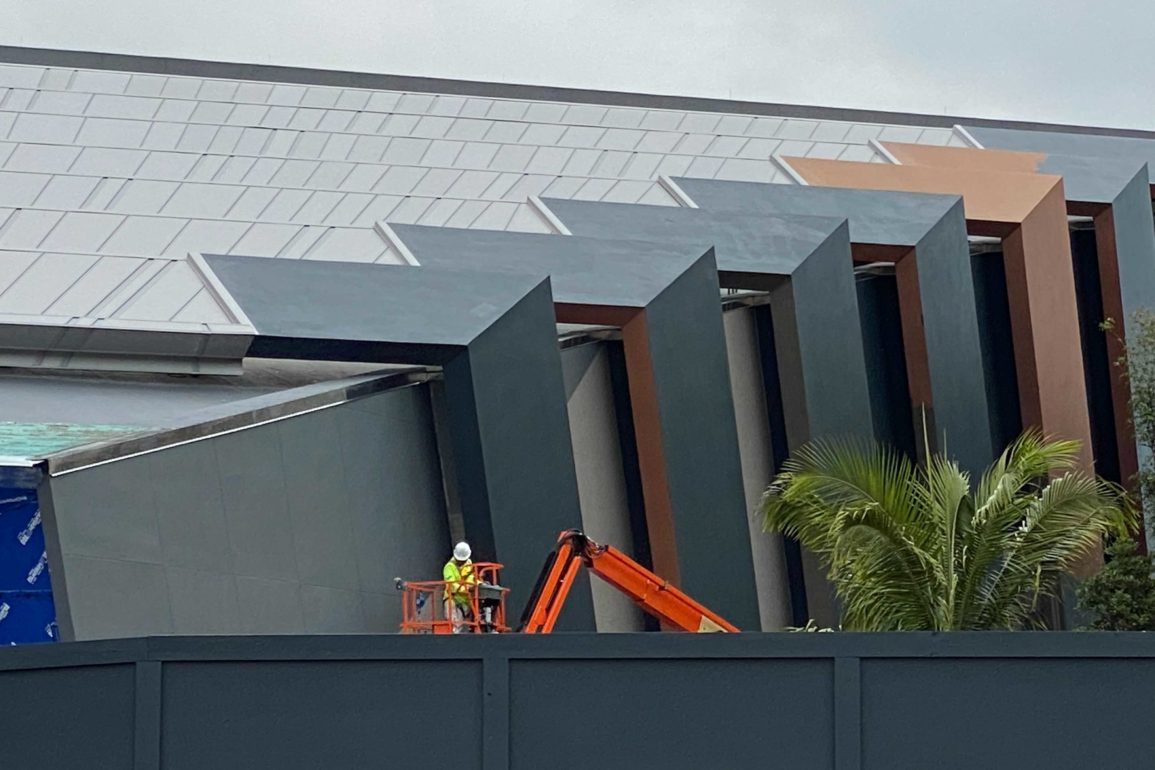 PHOTOS: Paint and Patch Work Continue on Guardians of the Galaxy: Cosmic Rewind in EPCOT

Crew members continue to repaint and patch up the columns on either side of the “Wonders of Xandar” pavilion, a.k.a. Guardians of the Galaxy: Cosmic Rewind.

Last week, the crew picked up on painting the righthand columns black, which seemed to confirm that is the final color choice.

The columns on the right are now all almost completely repainted.

The fifth column and the edges of some of the others remain orange.

Meanwhile, the lefthand columns are all still shades of orange after multiple attempts to fix their color.

Crew members have been patching up the corner of this wall.

Right now, several squares are white but they will likely be repainted black.

The tops of the lefthand columns all have patchy spots on them.

Some of them seem to have been filled in, leading to a few drips.

There are patches on the bottom of the columns as well.

We can see where some new concrete was used to fix these patches.

Other spots on the tops of the columns have been fixed.

Of course, we expect these columns will also be painted black once they are more even.