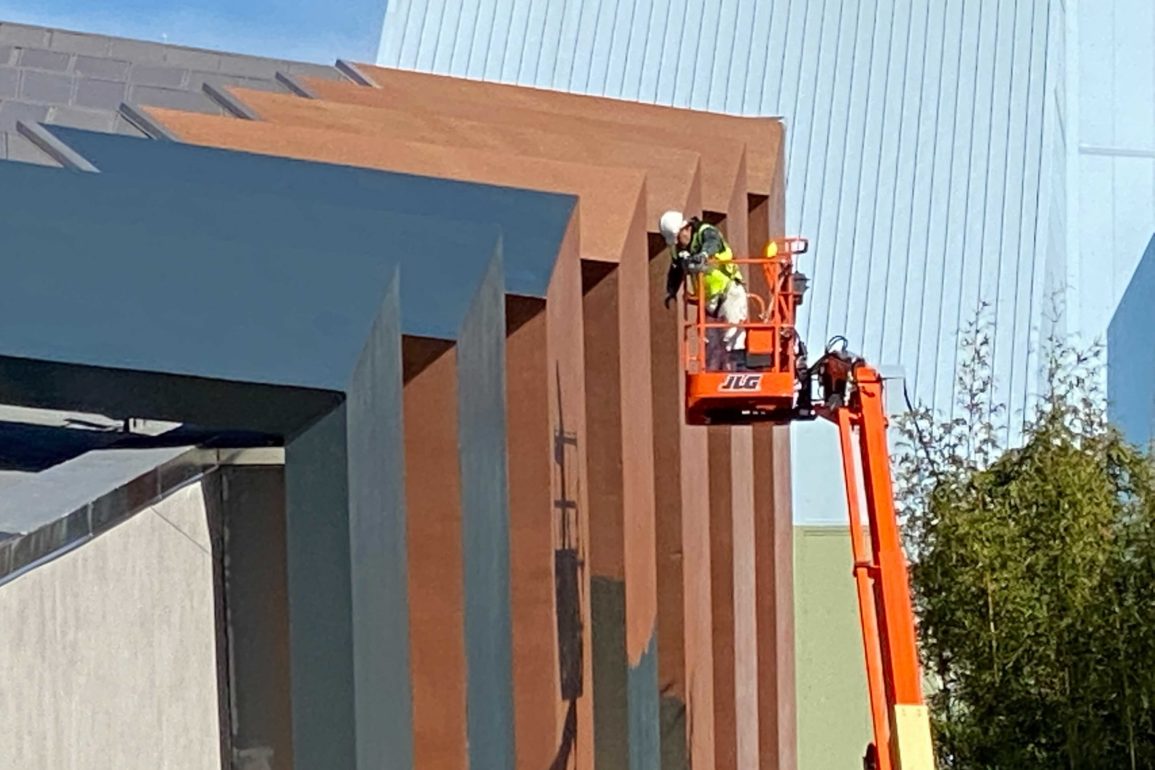 PHOTOS: Final Color Choice Made for Iconic Universe of Energy Columns, Now Being Painted Black at Guardians of the Galaxy: Cosmic Rewind in EPCOT

The design of the columns on what was once the Universe of Energy pavilion has changed once again. To recap, the columns were painted orange early on in the construction of Guardians of the Galaxy: Cosmic Rewind. In July, crews began to repaint pillars on the east side of the building black with some alien-like symbols. This paint job didn’t go far and was left abandoned (until today). Meanwhile, the splotchy orange paint became splotchier last month as attempts to fix it went awry. Further attempts have since been made to clean up the west columns and wall.

Well, it seems the plan has changed once again, as crew members were painting more of the east columns black today.

The tops of the front three columns are now completely black.

The bottom half of the fourth column is still black.

The alien symbols are not visible anymore and may have been painted over.

White paint is visible at the bottom of the building, likely as a primer.

Meanwhile, the west side of the building is still looking messy.

None of the columns here have been painted black, but they do have many white splotches of paint.

The tops of these columns are looking faded.

The first column was repainted a reddish color to cover up a huge red spot. However, it is clearly a different color now than the other columns.

There are more white spots at the bottom of the columns.

It looks like the last column was painted again to cover up scoring that we noticed previously.

More white squares have also been painted at the top corner of the building, possibly as primer for a new color — although it’s unclear what that would be.