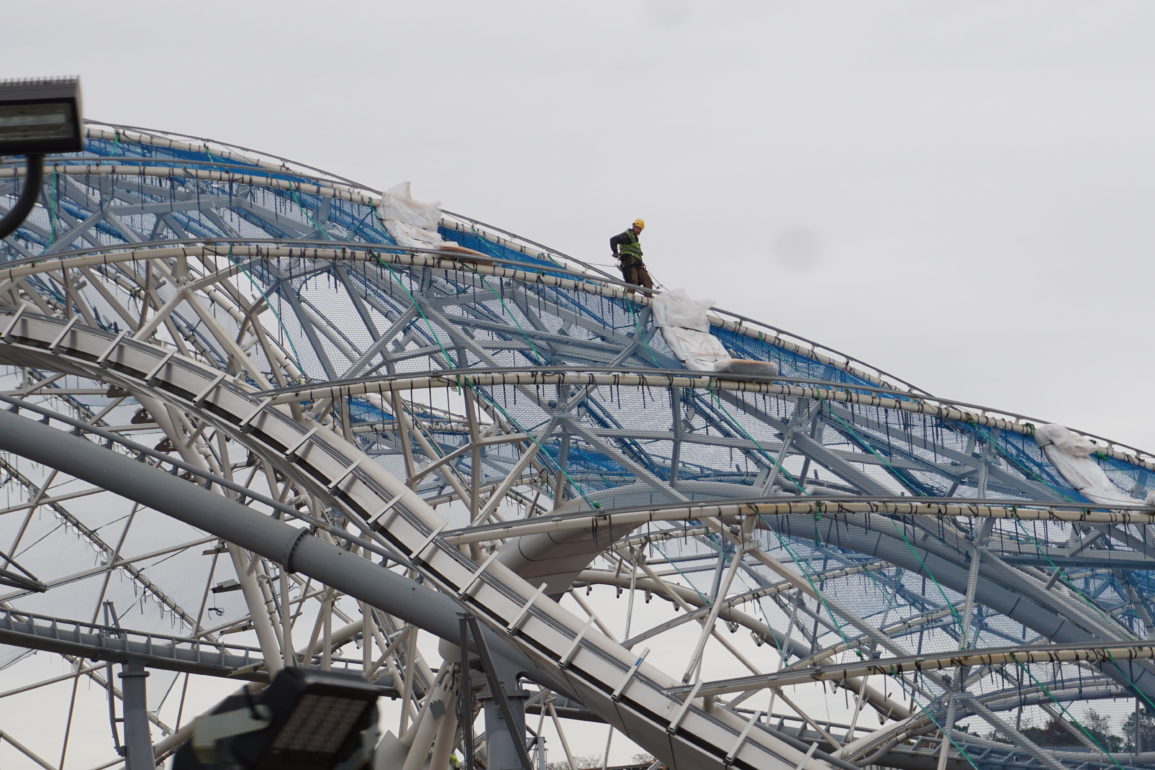 Yesterday, we saw installation finally begin on the canopy roof above TRON Lightcycle / Run at Magic Kingdom. We visited the coaster today to see if there have been any changes.

Tarps are draped over the entrance to the show building, where a smaller canopy framework has been erected.

We could see the new canopy pieces from the Monorail as we approached Magic Kingdom.

The pieces installed so far are staggered across the top of the canopy.

They each connect two framework poles.

They’re wrapped in plastic to keep them protected. At least eight have been installed so far, and we saw crew members working on them this morning.

The temporary blue netting remains in place for crew members to walk on.

Vertebrae pieces now line most of the edge of the framework.

The vertebrae pieces will hold paneling in place, as seen on this side of the framework.

Scaffolding remains around and beneath the coaster’s entrance into the show building.

We saw crew members working on the vertebrae pieces on the underside of the canopy.

Crews were back on the walkway, working on the edge where a concrete lip has been created.

No canopy roof pieces have been installed on the smaller framework at the entrance.

A crew member in a scissor lift was working at the connection point between two archway pieces.

From Storybook Circus, we could see more crew members working on a higher-up point of the walkway.

There is currently no announced opening date for TRON Lightcycle / Run.

Previous
PHOTOS: Wing Added to Xandarian Starship at Guardians of the Galaxy: Cosmic Rewind in EPCOT

Next
REVIEW: Doodle Muffin is A Delicious Cookie-Inspired Snack at Disney’s BoardWalk