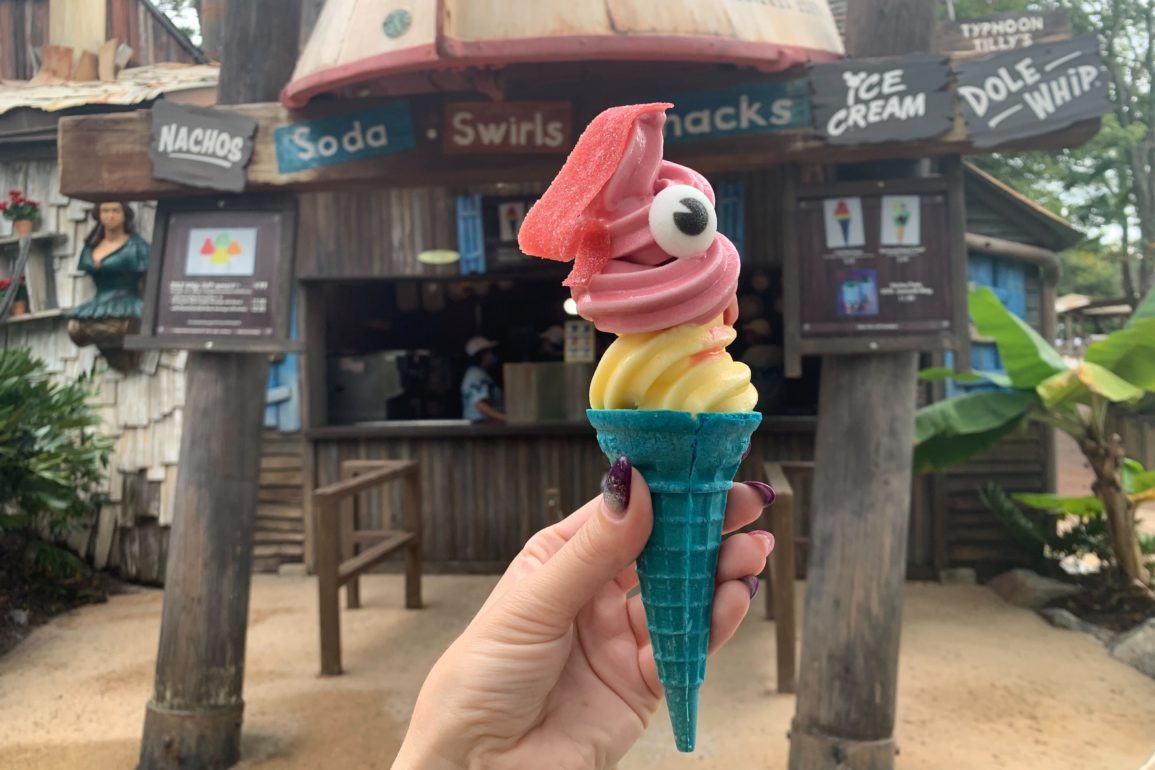 You may remember when the Hei Hei Dole Whip Cone first debuted at Aloha Isle in the Magic Kingdom a couple of years ago. Well, Hei Hei has made its return to Walt Disney World. You can now find him at the Snack Shack at Disney’s Typhoon Lagoon Water Park.

The raspberry soft serve is really good and refreshing and works well with the Dole Whip.

The sour belt is really sour, but adds a different flavor to the cone. The eyes are 100% sugar, but actually work well with the raspberry flavor of the cone. While Dole Whip is incorporated into the cone, it’s a good alternative with different flavors if you’re not in the mood for a full, pineapple-only Dole Whip.

We recommend the Hei Hei Cone for a refreshing treat (or breakfast, as it was for us this morning.) Will you be wayfinding your way over to Disney’s Typhoon Lagoon Water Park for the Hei Hei cone?