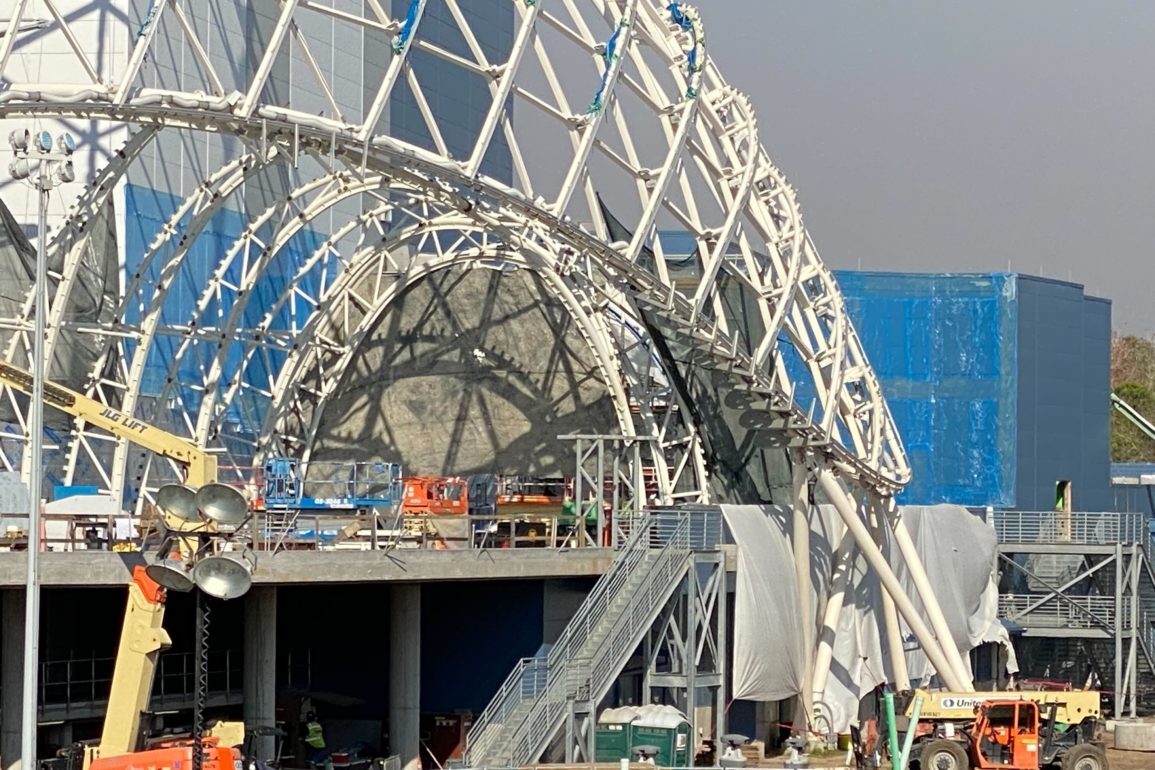 At the future site of TRON Lightcycle / Run at the Magic Kingdom, we spotted more canopy installed on the roof framework.

This new strip is below the one we saw last week.

Several straps extend from the top of the framework over the canopy pieces, possibly helping to secure them before the crew installs more pieces.

Some orange cones are still along the edge of the framework.

Almost the entire edge of the canopy on the Tomorrowland side has white paneling and some of the interior edges do as well.

Several large sections of the canopy were installed on this side earlier this month.

The lone wall we noticed a few days ago remains on the ground near the sidewalk leading to the coaster.

This is likely the start of the tunnel for the Walt Disney World Railroad. Accordingly, a trench now surrounds around it and more construction materials sit nearby.

We also saw these strips and straps on the ground.

As we previously noted, crews removed the scaffolding from the front of the show building.

A large grey tarp hangs in the smaller canopy framework.

White tarps hang over the edge of the platform.

Translucent blue tarps are also hanging against the show building on either side of the small canopy framework.

Crew members in a cherry picker vehicle were working on the edge of the main canopy framework.

Back near the Tomorrowland Speedway, we noticed a significant amount of dirt had been removed from the ground at the edge of the coaster.

Meanwhile, there’s a pile of dirt next to Space Mountain.

Here’s a closer look at some of the canopy.

This is what the back of the canopy pieces look like, as seen from Storybook Circus.