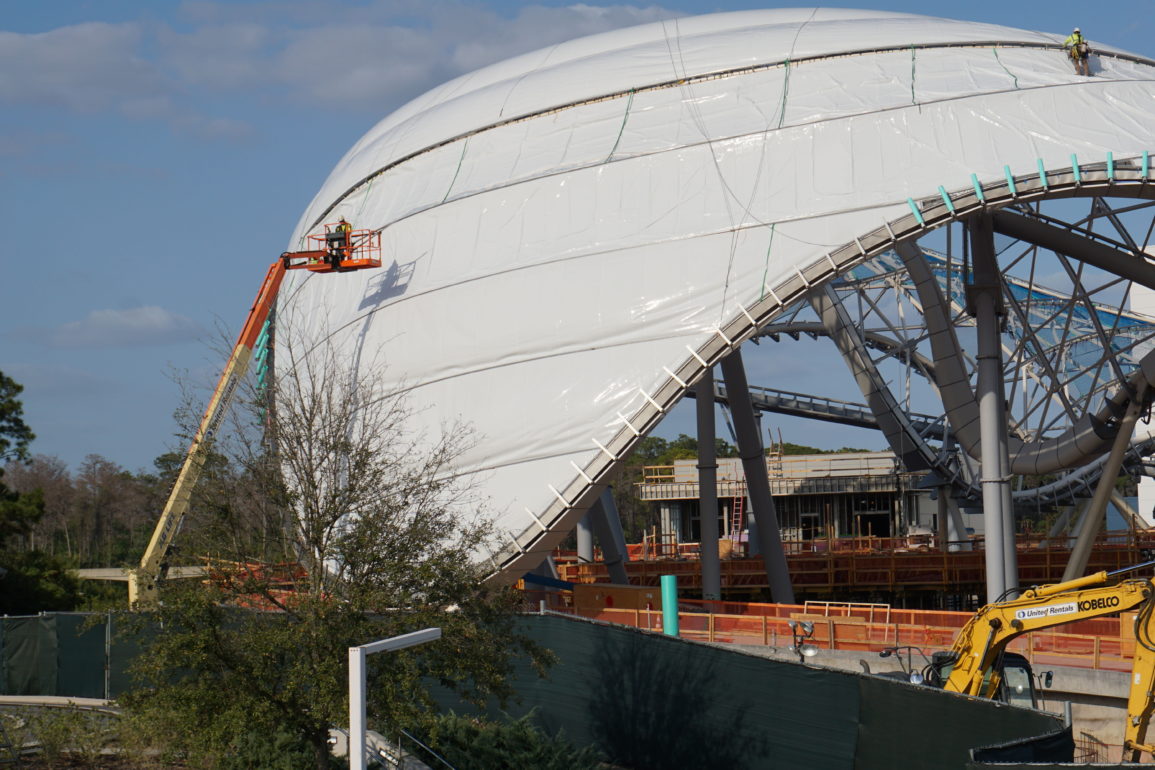 More canopy strips have been installed above TRON Lightcycle / Run at Magic Kingdom since we checked in yesterday.

From the ground, we could see that the majority of the coaster visible from Tomorrowland is now covered with white canopy strips.

Several crew members were in cherry pickers and walking on the framework to secure the canopy.

Ropes hang across the canopy strips that have just been installed.

The crew members in a cherry picker had some long pole pieces with them.

Some of the vertebrae pieces on the edge of the canopy framework are covered with teal poles, likely to protect both the crew members and the canopy.

More covered vertebrae pieces are visible past the Tomorrowland Speedway.

The two canopy pieces installed since yesterday were not yet pulled as taut as the previously installed pieces.

As we rode the Tomorrowland Transit Authority PeopleMover, we saw workers using the large pole pieces that were in the cherry picker.

On the ground, a second walkway is being constructed under the first. Wood planks have been installed in the ground.

Following excavation for the second walkway, there is now a pile of dirt sitting near Space Mountain.

The wall near the coaster is being painted or covered in white paneling.

Here’s what the underside of the canopy looks like, visible from Storybook Circus.

There is no current opening date for TRON Lightcycle / Run.