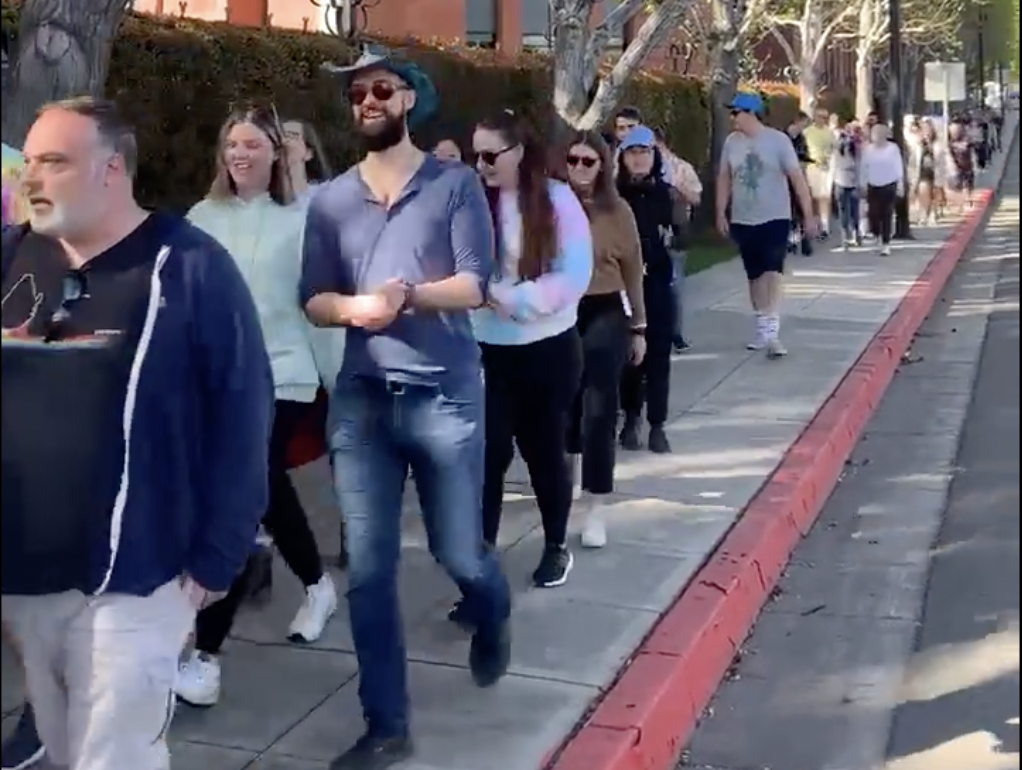 Steve Desaulniers with CNBC has shared a video of Disney employees walking out of the company headquarters in Burbank. Today is the scheduled full-day walkout in protest of the company’s response to the “Don’t Say Gay” bill in Florida.

Many of the employees are chanting “say gay” in the video.

The walkout organizers wrote on whereischapek.com:

The Walt Disney Company’s (TWDC) LGBTQIA+ community and their allies are determined to take a stand against TWDC’s apathy in the face of the bigoted “Don’t Say Gay or Trans” bill put forth by the FL state legislature.

The recent statements and lack of action by TWDC leadership regarding the “Don’t Say Gay or Trans” bill have utterly failed to match the magnitude of the threat to LGBTQIA+ safety represented by this legislation.

As a community, we have been forced into an impossible and unsustainable position. We must now take action to convince TWDC to protect employees and their families in the face of such open and unapologetic bigotry.

After news broke that The Walt Disney Company donates money to sponsors of Florida’s “Don’t Say Gay” bill, the company received immense criticism and backlash from its fans and the Disney community.

Disney CEO Bob Chapek sent out multiple emails to Cast Members, only initially acknowledging the situation, and then eventually denouncing the bill and vowing to donate funds to support LGBTQIA+ communities.

Disney Parks and other segments of the company posted statements in support of LGBTQIA+ communities this morning.

Next
My Disney Experience Map Now Shows Completed Look of Guardians of the Galaxy: Cosmic Rewind at EPCOT