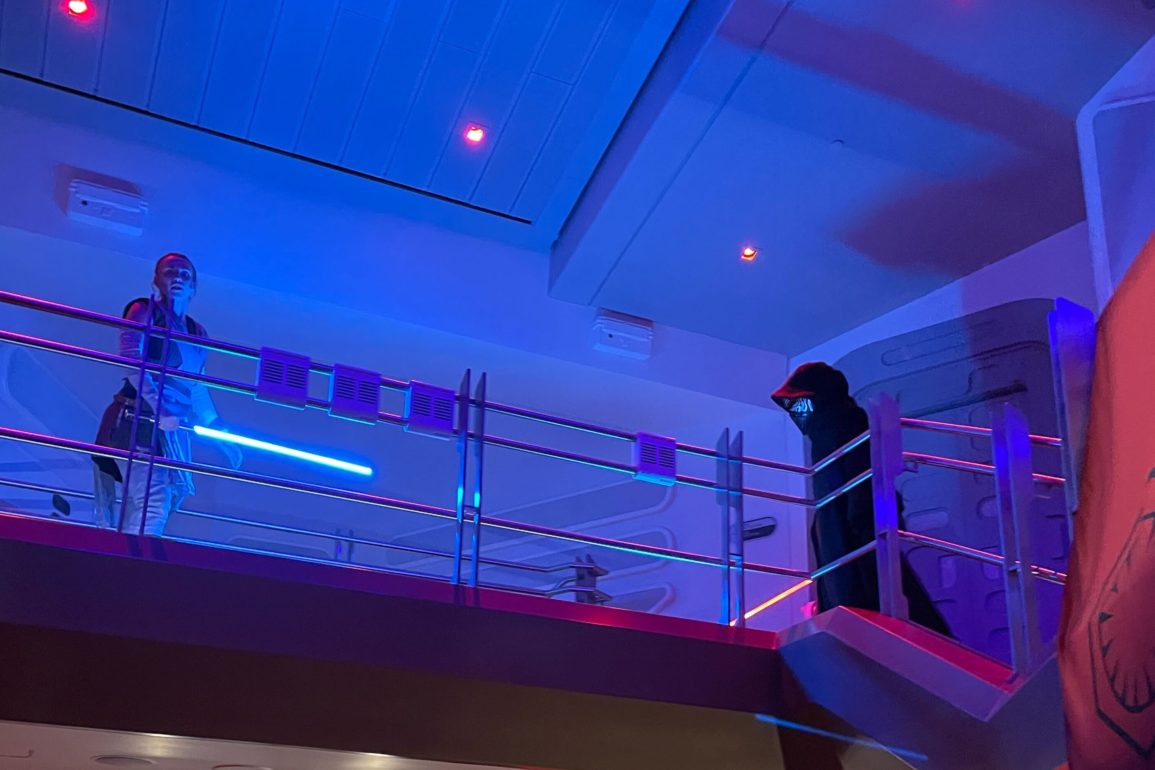 One of the most exciting parts of staying at Star Wars: Galactic Starcruiser is being able to witness a climactic lightsaber battle between Rey and Kylo Ren.

In the battle, Rey wields a “real” lightsaber where the illuminated blade of the saber actually fully extends from the hilt.

In somewhat clunky choreography (which is no fault of the actress), Rey dodges a blaster bolt, ducking to the ground. This is where she swaps the “real” lightsaber for a prop that can actually be used for the battle. You can watch our full coverage and video of the entire battle here.

But sources tell us that this version of the saber swap is only temporary. Disney is aware that it isn’t executed well. It was a temporary stopgap while they fine-tune a better solution.

The saber ignition is a real “wow” moment for the crowd, and they didn’t want guests to miss out on that during the process. Unfortunately, the saber is fragile and not suitable for stuntwork. For the battle, a more durable blade has to be used, so the swap itself won’t be going away.

Hopefully, a better transition will soon debut during the climactic conflict.

Interested in staying at Star Wars: Galactic Starcruiser? Read our full guide and honest review of the galactic experience.

Previous
Oscars Invite Rachel Zegler, Star of ‘West Side Story’ to Present at Ceremony After Initial Snub by Disney