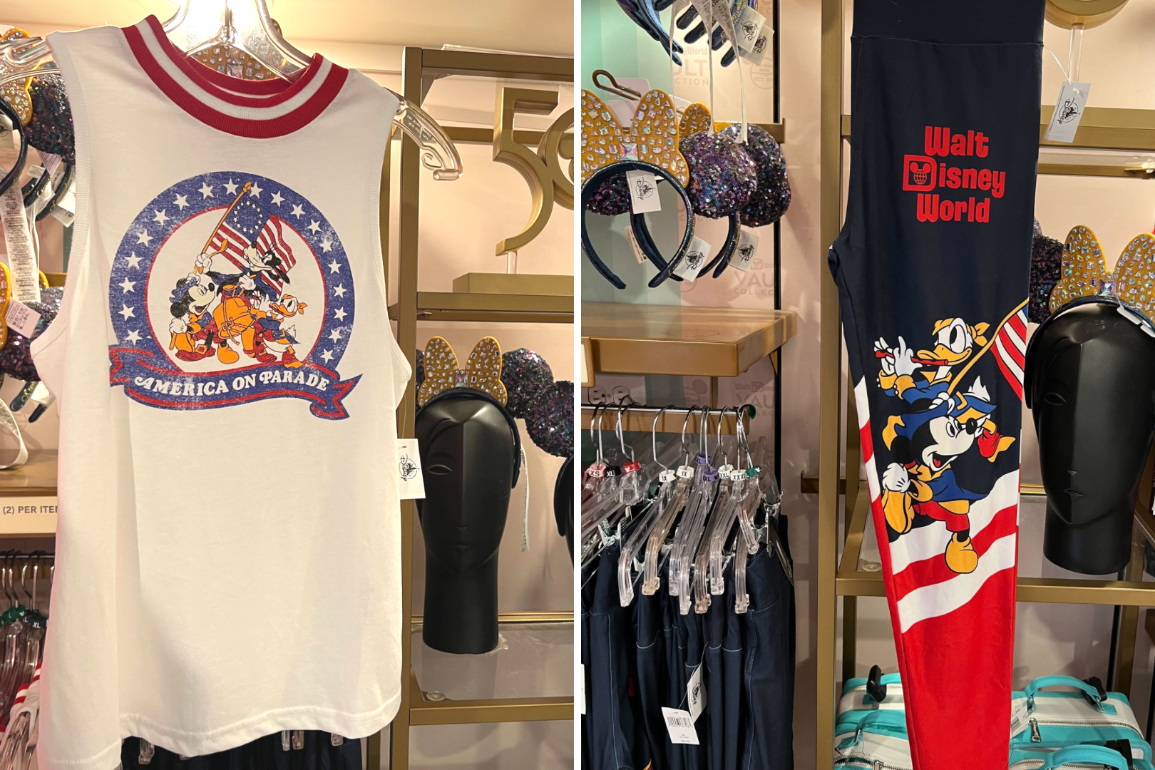 More “America on Parade” apparel has joined the Vault Collection celebrating 50 years of Walt Disney World. We found leggings and a tank top in Celebrity 5 & 10 at Disney’s Hollywood Studios.

The “America on Parade” leggings are mostly dark blue. There are two white stripes near the knee, and then the bottom portion is red.

One leg features Goofy playing a pot like a drum.

The leggings are 7/8 ankle length.

The other leg has the Walt Disney World logo in red.

Donald and Mickey also march in the parade.

The tank is white with red stripes around the collar.

A blue circle with white stars is at the center. In the middle of the circle are Goofy, Mickey, and Donald with their instruments and an American flag. “America on Parade” is on a banner beneath them.

“America on Parade” ran from 1975 to 1976 at both Disneyland and Walt Disney World in celebration of the Bicentennial.

Because it also coincided with the 5th anniversary of Magic Kingdom, the tank has Cinderella Castle on the back with the number five and “Happy Birthday,” just below the collar.

Check out the other “America on Parade” Vault Collection items: