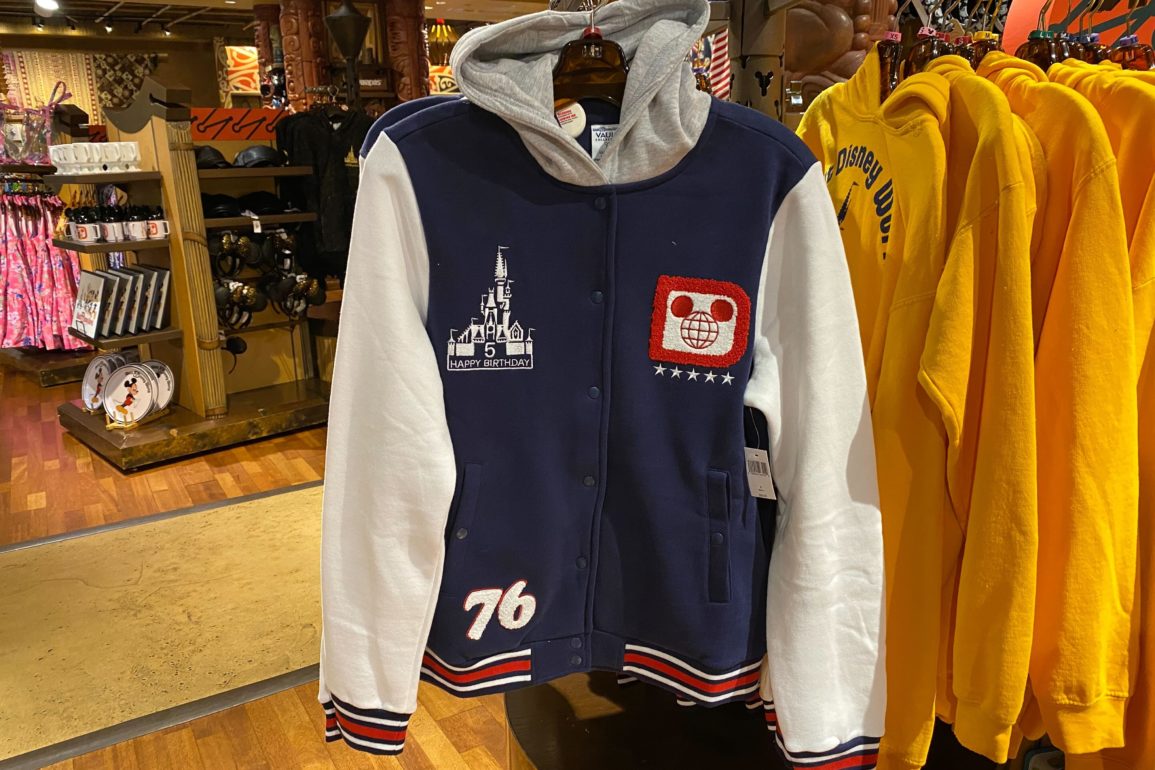 This varsity jacket throws back to the early days of the Magic Kingdom.

The Vault collection merchandise is moving on to celebrate anniversaries of the Walt Disney World Resort.

This item is from the 5th birthday of the Walt Disney World Resort. This year was also the bicentennial of the United States of America, 1976.

The jacket has red, white, and blue striped cuffs on the white sleeves.

The number 76 is a reference to the Magic Kingdom’s 5th anniversary and 1776 as celebrated in the parade.

This patch has fuzzy detailing and the original Walt Disney World Resort logo in a red, white, and blue color scheme.

We previously reported on items from the “America on Parade” vault collection, such as a pin, a tee, and a windbreaker.

Will you choose to add this jacket to your Vault collection? Let us know in the comments.