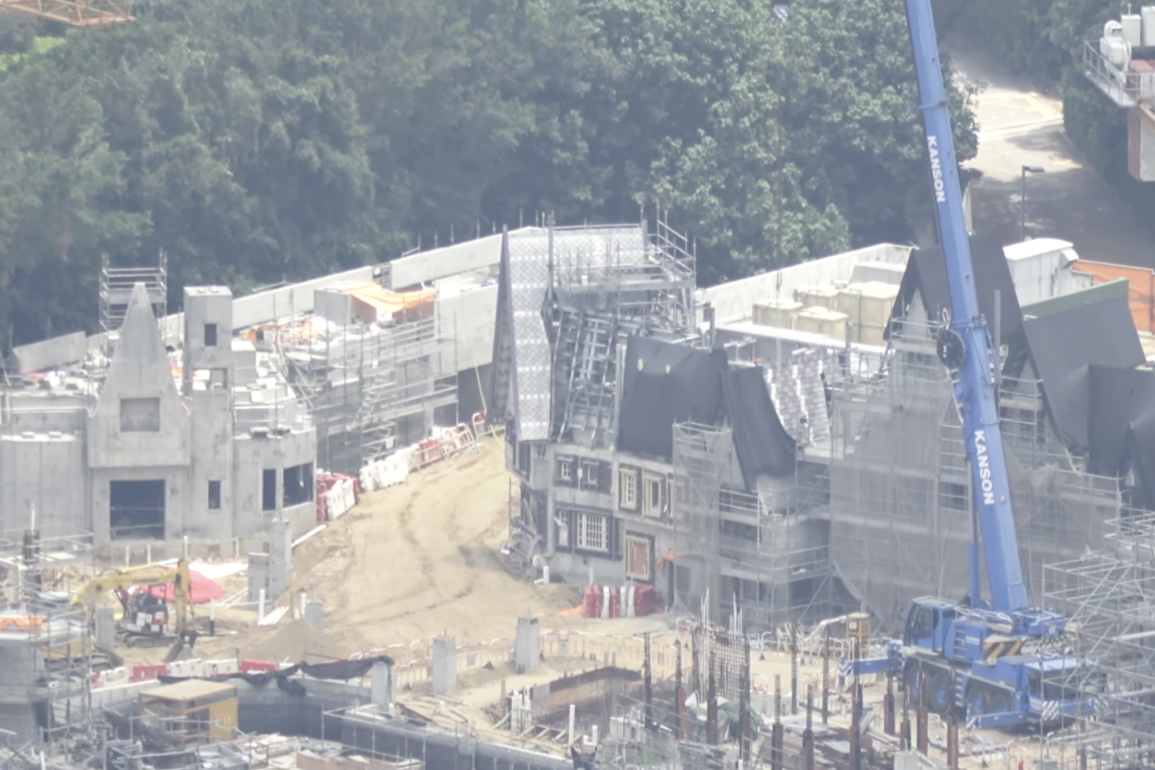 Since Hong Kong Disneyland reopened last week, guests have been able to get a better look at construction of Arendelle: World of Frozen, a new land in the park. Hong Kong Main Street Gazette shared a video of construction, which you can watch below.

The land will include the village of Arendelle and the North Mountain, which now has a layer of fake snow on it.

Green grassy sections of the mountain are also visible. The land remains mostly covered in scaffolding.

The steeples of village houses and shops are clear.

Arendelle: World of Frozen is expected to open later this year. The land’s attractions will be Frozen Ever After, Wandering Oaken’s Sliding Sleighs (a new roller coaster), and Playhouse in the Woods.