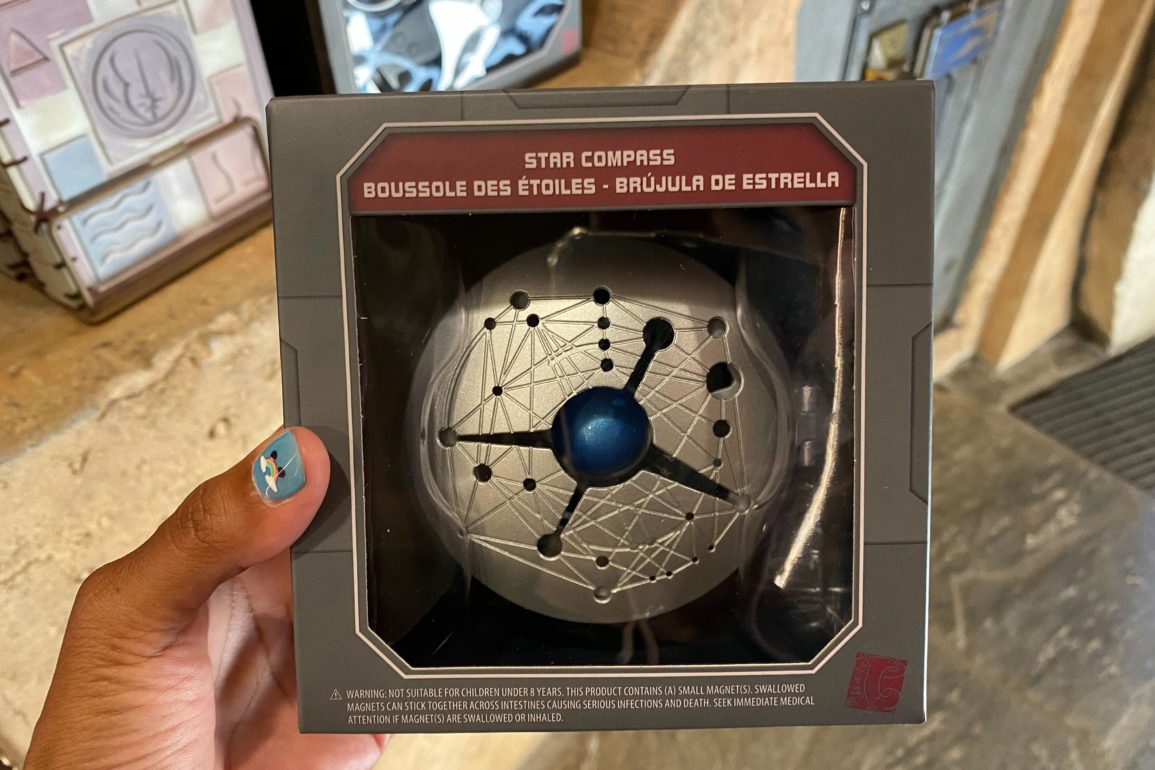 If you want an ancient Jedi artifact of your own, Luke Skywalker’s star compass is now available for purchase in Dok-Ondar’s Den of Antiquities at Disneyland.

Star compasses (and hyperspace compasses such as the one restored by Shug Drabor for the Halcyon) were used before navigational computers were invented.

In the center of the compass is a supraluminite lodestone, which is attuned to specific hyperspace lanes. The compass that Luke Skywalker discovered in the Emporer’s observatory on Pillio with Del Meeko. Meeko wanted to destroy the observatory and all its contents, but Luke kept the compass.

It must have been the will of the Force, as this particular compass led Skywalker to the first Jedi Temple on Ahch-To.

A summary of the story of the compass can be found on the back of the box. The compass opens to reveal the lodestone and the inner workings of the device.

Will you be visiting Dok-Ondar to purchase this ancient relic? Let us know in the comments.

New Shirts and Hoodie Available at Pandora – The World of Avatar in Disney's Animal KingdomJune 18, 2022
Show Your Love for Disney's Art of Animation Resort with New Youth Rashguards by Spirit JerseyMarch 28, 2022
The 2022 Egg-Stravaganza Easter Egg Hunt is a Hippity Hoppity Good Time at Disneyland ParkApril 1, 2022