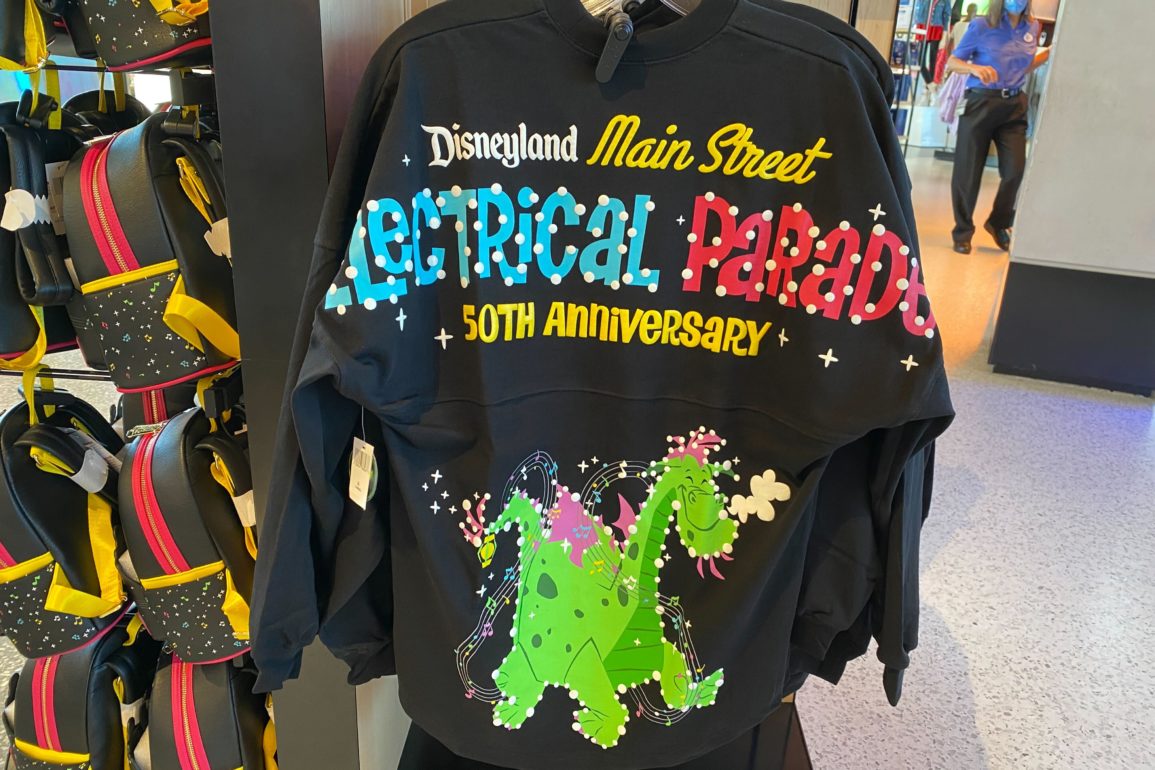 The Spirit Jersey is black. Mickey, leading the parade with music notes and a baton, is on the left breast.

“Electrical Parade” has white dots on the edges of the letters, like lightbulbs.

Elliot the dragon is also on the back, with a string of music notes encircling him. He also has lightbulb dots around him.

The Spirit Jersey even glows in the dark!

We found this in Creations Shop at EPCOT. The Main Street Electrical Parade Wishables are also available at Walt Disney World.

Will you be wearing this Spirit Jersey? Let us know in the comments.