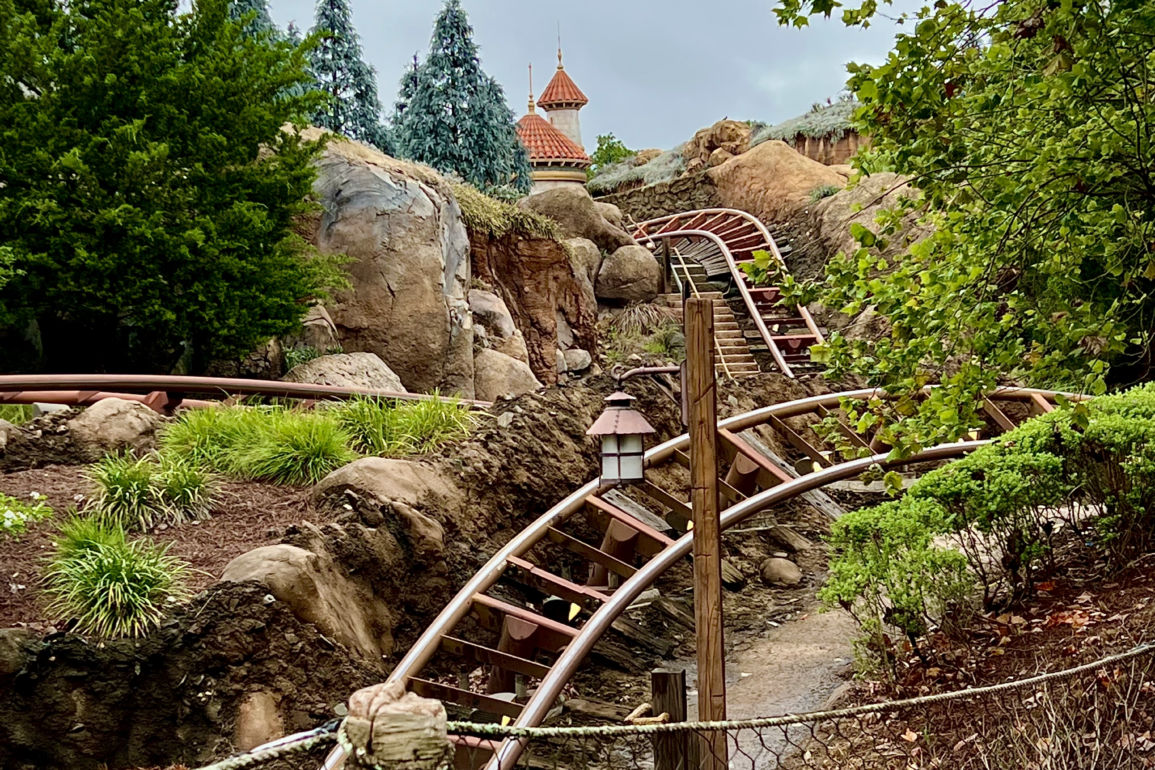 Good morning from a rainy Magic Kingdom! We have low crowds and (hopefully) some low wait times for today too, let’s see what we can find around the park today!

New sequined Americana Minnie ears were waiting for us in the Emporium. These sparkled perfectly when the sun hit them, and the bow was super cute! We had to get a pair for the upcoming Fourth of July festivities.

A long-awaited surprise, Remy’s Ratatouille Adventure Wishables that released earlier this year finally made it over to Walt Disney World! We grabbed a bag hoping we were able to get one of the very cute rat vehicles…

…and we got one! We got the chaser of the collection also, meaning it is not listed on the packaging.

Our new rat mobile took a ride with us on the PeopleMover to check in on the progress over at TRON. The most work appears to be in progress near the attraction’s entrance where theming has been added.

Over near the Barnstormer, the train tracks near Storybook Circus comes to a standstill until more is completed on the other side of the fence at TRON.

Star Traders had another pair of new ears for us to collect. These new pride ears have a satin rainbow gradient bow and denim-like ears.

Not that we need to be doing anymore shopping after grabbing TWO pairs of ears, a cute new denim jacket is also out on the shelves near the ears.

Walking over to Fantasyland, we got a look at a rarely deserted Seven Dwarf’s Mine Train track while the ride was down due to weather with the oncoming tropical storm rains.

Crowds were relatively low in the morning while intermittent showers came and went over the park. Wait times were also low and we were already rather wet, so we hopped on to Splash Mountain!

After a decidedly crazy tactic taking a ride on Splash Mountain in the rain, we decided to take cover in Grizzly Hall to pay a visit to the Country Bear Jamboree!

On our way out of the park, we caught a few Disney ducks enjoying the day’s showers and cool weather over by Crystal Palace.

See how we spent our rainy morning at Magic Kingdom!