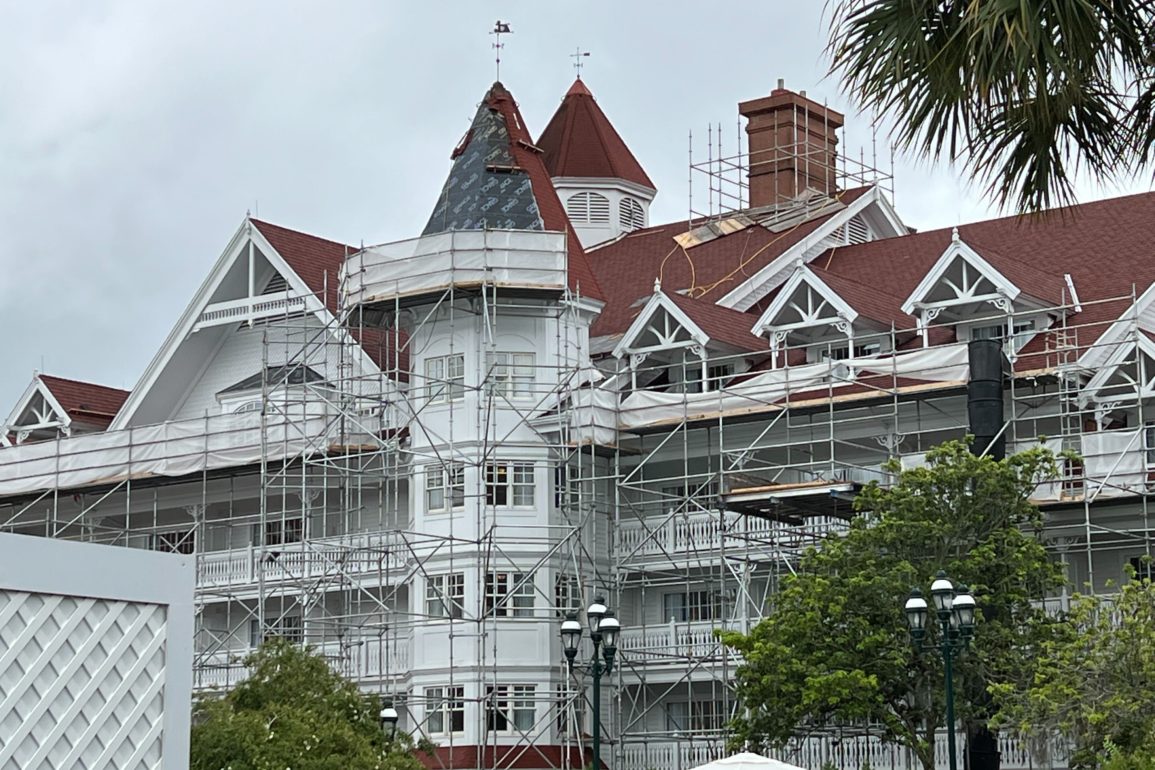 Refurbished resort studio rooms are under construction at The Villas at Disney’s Grand Floridian Resort & Spa for Disney Vacation Club members. Areas of the resort have been closed and covered in scaffolding as the buildings are updated inside and out.

Some construction can be seen from across the lake.

Scaffolding has been mostly removed from the lake side of this building, but some remains on one end.

The stairwells were completely demolished and are now being reconstructed.

Yellow paneling has been installed on the edges of this stairwell.

We can still see some black weather-proof sheathing beneath the paneling.

Paneling has yet to be installed on this reconstructed stairewell.

The stairs and steel framework are in place.

Crew members in cherry pickers were working on the top of the stairwell during our most recent visit.

More crew members were inside the stairwell. Paneling is still missing from the building.

Scaffolding still covers the length of the building on this side.

White tarps are along the top level of scaffolding.

Red roof shingles have now been removed from the top of this tower.

Black weather-proof sheathing peeks out from beneath the shingles.

Other sections of the roof have already been refurbished.

Several cords cross the roof between the tower and chimney behind it.

Some scaffolding is around the brick chimney.

We could see lights on inside some of the resort studios.

The lights seem to be the new small chandeliers seen in previews.

Are you excited for the refurbished rooms at Disney’s Grand Floridian Resort & Spa? Let us know in the comments.

Next
‘Jaws’ and ‘E.T.’ Returning to Theaters This Summer, Both Available in IMAX for First Time