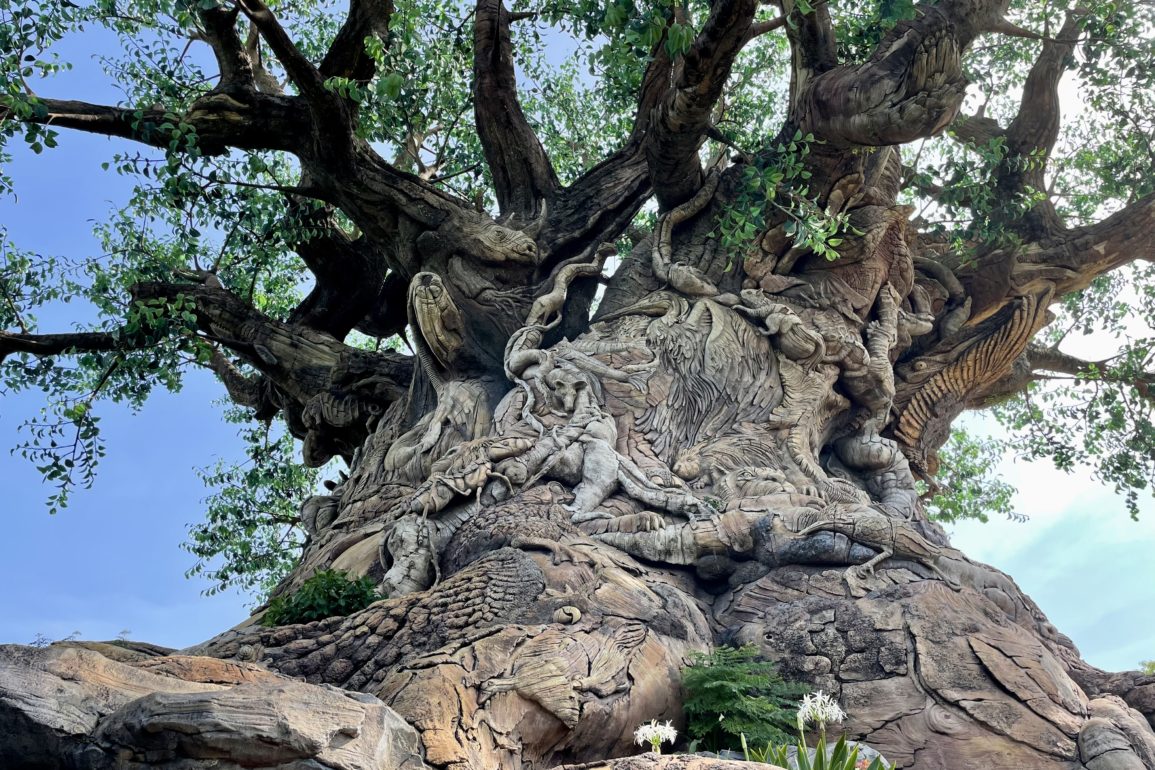 Good Morning, Wilderness Explorers! We’re starting our day in Disney’s Animal Kingdom to do a little shopping, admire the beautiful scenery, and take in a few shows. Let’s get going.

Minnie Vans are back in service! You can catch a ride through the Lyft app.

The Tree of Life has over 300 animals carved into it. How many have you spotted?

There are a few new MagicBands popping up around the resort.

“Dumbo” wishables are slowly making their way here from Disneyland. Timothy Q. Mouse has found his spot on the shelves at Discovery Trading Post.

The EPCOT International Flower & Garden Crocs have FINALLY arrived, and they are looking fresh.

Also sprouting up, is a new flower pot covered in the same design.

Pandora – The World of Avatar continues to celebrate it’s 5th Anniversary. A new Loungefly mini backpack depicting the Valley of Mo’ara at night. The backpack also lights up.

A new ornament and circular beach towel were also found at Windtraders.

On the other side of the park, we hoped to catch a show of “Finding Nemo: The Big, Blue… and Beyond” but, some show times have already been canceled.

TriceraTop Spin is closed for a brief refurbishment, through June 18.

Now that KiteTails is running shorter, rolling shows, guests are invited to enjoy the show from anywhere around Discovery River Amphitheater.

DiVine bids us farewell. We’re off to Disney’s Hollywood Studios.

It’s park hop time but, we aren’t seeing large crowds in this park.

Just in time for “Lightyear” to debut, we discovered a new Buzz Lightyear hat at The Darkroom.

Anyone lose a show? If this is yours, it’s located on top of a trash bin about half way down Hollywood Boulevard.

Both Tower of Terror and Rock n’ Roller Coaster have high wait times. Which one would you choose?

We’re on pins and needles waiting for the new “Star Wars: Batuu Bounty Hunters” MagicBand+ game to debut. For now, it is covered by planters.

Trade in your Earth credits for these New Republic Credits to use on Batuu. You can find these in Dok Ondar’s Den of Antiquities.

It’s not a Disney day without spotting a Disney duck. This friend is cooling off in the fountain.

It’s hot out here so we’re calling it for the day. Thanks for joining us and we’ll see ya real soon.
For the latest Disney Parks news and info, follow WDW News Today on Twitter, Facebook, and Instagram.