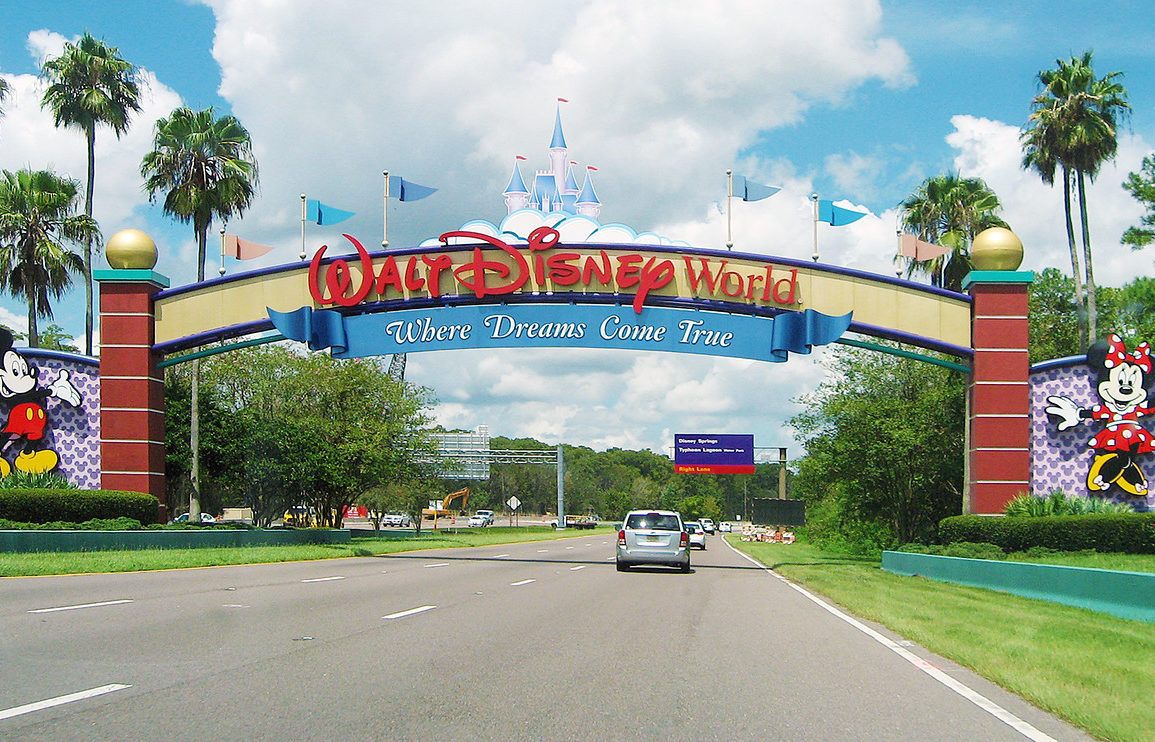 A woman was arrested for slapping her husband at Disney’s Animal Kingdom earlier this month. The reason they were fighting, the husband said, was from the stress their Disney World vacation caused on their marriage.

Asia Curry, 31, of Westchester, Ill., was charged with domestic violence, according to Orange Circuit Court records.

The couple has been married six years and have two children together.

“Both stated there has never been previous incidents of domestic violence,” the sheriff’s arrest report said.

Just after 5 p.m. on June 3, the couple got into a fight in the parking lot in front of an Orange County Sheriff’s deputy. The family had spent the day at the theme park, and the husband told authorities, “They began to argue verbally about marital issues related to the stress of their vacation to Disney World.”

Curry put the children in the car and then “proceeded to curse and scream at him. (Her husband) walked away from Asia in an attempt to end the argument. Asia continued to follow him, spitting at him as he walked away in the direction of my patrol car,” a deputy wrote in Asia Curry’s arrest report. “While walking up to the patrol car Asia then slapped him with an open hand in the back of his head. At which point the parties were separated and spoke with Orange County deputies.”

Curry said she slapped her husband because he deserved it, the report said.

The husband wasn’t injured and didn’t want to press charges against his wife, but Curry was still arrested and taken to jail. Disney trespassed her from all Walt Disney World property, the report added.

Curry did not respond to a request for comment Tuesday to tell her side of the story and didn’t have a lawyer listed in court records. Her arraignment is scheduled for Aug. 17.

For men, intimate partner violence is a significant public health issue, according to the Centers for Disease Control and Prevention.

For many, Disney World is truly a magical place. The escapism, the thrill rides, the characters, the food, the warm Florida sun shining down.

But people also stand for hours on their feet. It’s sometimes hot and crowded. People spend thousands on their trips and expect the best. Pre-pandemic, sheriff’s reports documented how sometimes visitors fought over parking spaces, berated employees when they could not immediately get on rides and fought each other over the best spots for the parades and the fireworks. Now post-pandemic, park reservations, Genie+ and Lightning Lanes add to the stress of people’s vacations.

WDWNT has posted about several fights post-COVID which are assumed to be associated with vacation stress, from brawls on the ferry boats, to fights over fireworks viewing spaces.

If you or someone you know is a survivor of domestic abuse, contact the National Domestic Violence Hotline at 1-800-799-7233 or at https://www.thehotline.org/