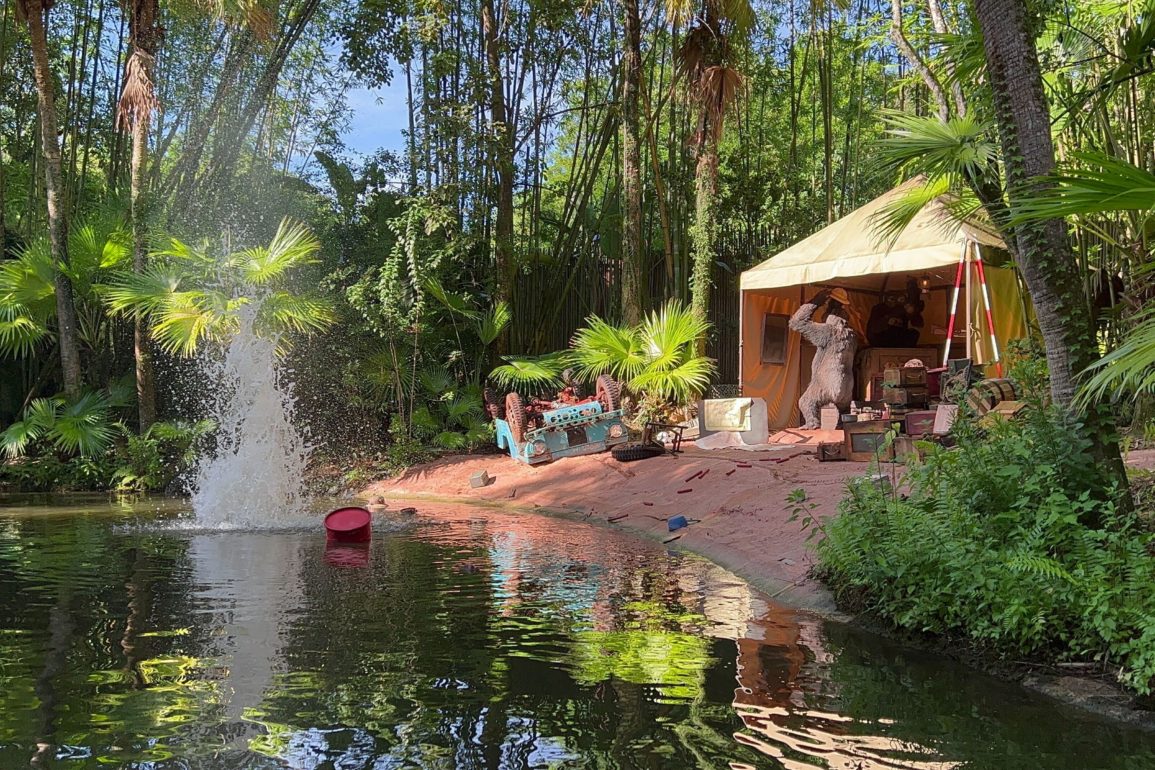 It seems the major updates to Jungle Cruise at Magic Kingdom are now complete, with the addition of a few extra effects and the return of the gorillas.

New cricket sound effects and other general animal sounds now play when passing the crashed plane, through the beginning of the hippo scene.

The biggest changes are with the trashed camp. There is now an explosion in the water next to the beach before your boat pulls up.

This explosion is similar to the one at the Disneyland version of Jungle Cruise. It even seems to use the same sound effect.

The gorillas have returned to the tent to cause chaos.

They have been missing since the overhaul of the ride began last year.

The gorillas have been messing with crates of ammunition, hence the explosion.

There are four gorillas inside the tent, including one trying on a safari hat.

Another gorilla is playing with a rifle and we heard a gunshot sound.

Some props float in the water in front of the campground, including another hat and oil tanks.

Watch a video of the updated gorilla scene on Jungle Cruise below.

Check out more photos and videos of the updated Jungle Cruise at Magic Kingdom.